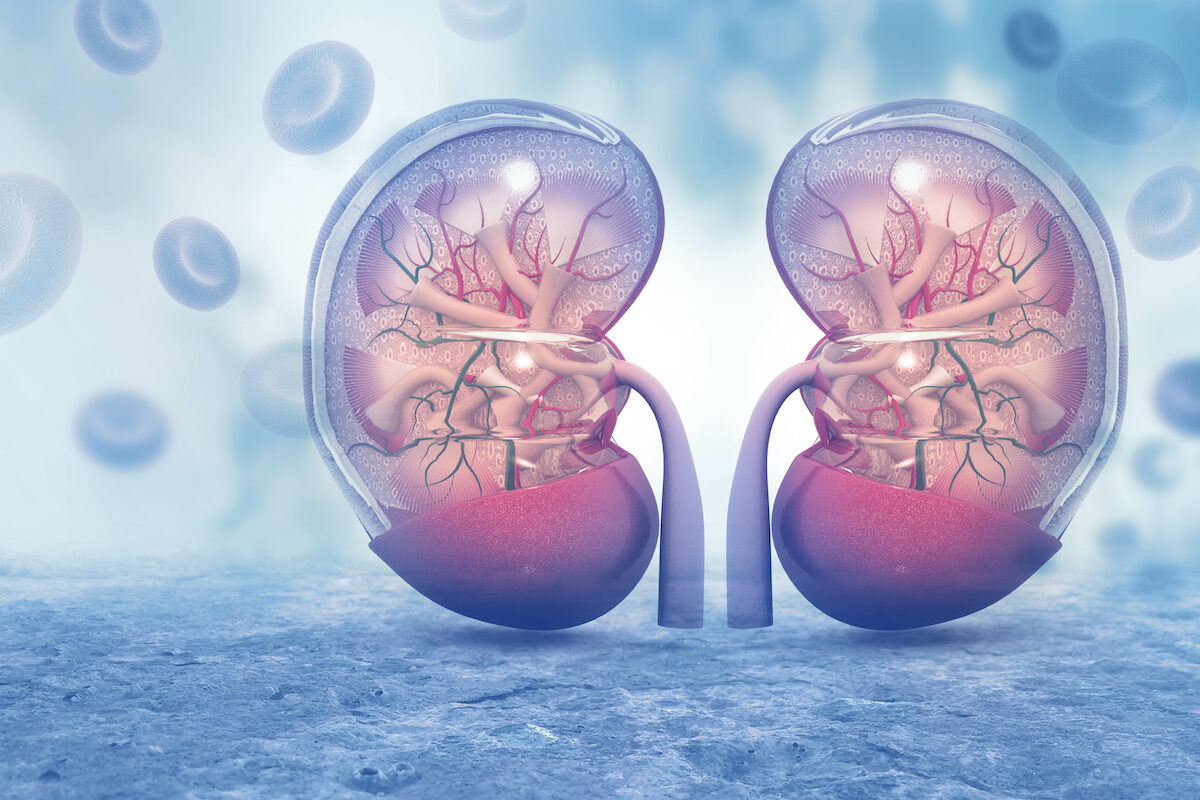 This Is the ‘Detox Master’ of Your Body, 3 Ways to Boost It

The vital function of the kidneys is to detoxify the body. However, infections with certain diseases or eating food containing too many toxins will harm the kidneys in the long run, causing its function to decrease drastically and leading to the need for dialysis.

According to the most recent study conducted by the United States Renal Data System (USRDS), among all the countries around the world, Taiwan has the highest percentage of people undergoing dialysis treatment, followed closely by Japan and the United States.

You can, however, prevent your kidneys from deteriorating with the following tips.

Using the Bathroom Is Actually the Best Detox Routine

Going number one is how the kidneys excrete toxins from your body.

The kidneys are the body’s vital waste disposal organs, and they’re made up of millions of nephrons, each a functional filtering unit comprising the kidney. The nephron are divided into two parts, the glomeruli and the tubules.

The blood flows into the nephron and undergoes a filtering process, where water, glucose, and essential nutrients are retained in the glomeruli to be reabsorbed by the body, and waste products are transported to the tubules. There, the waste is processed into urine and excreted from the body.

Dr. Tzung-Hai Yen, professor of the Department of Nephrology, Clinical Poison Center, Chang Gung Memorial Hospital, Linkou, Taiwan, pointed out that the urine formation process is vital and extremely complex. It removes the harmful byproducts of our metabolic functions such as uric acid and creatinine.

Other things that the kidney takes out include excess minerals, pesticides, additives, unabsorbed medicine, alcohol, toxic chemicals, and heavy metals.

If a person stays hydrated, the amount of urine he or she produces is around one to two liters a day. “Using the bathroom is very important,” Dr. Yen remarked. “If you don’t go to the bathroom, then there’s no way for these chemicals to be removed from your body.”

If the kidney is damaged by diseases or other external factors, its inherent function will be impaired, leading to a buildup of toxins and excess fluids inside the bloodstream. Over time, the kidney’s condition can deteriorate to the point where the patient needs dialysis treatment. Here are the seven things that are your kidney’s kryptonite.

Diabetes is the world’s leading cause of end-stage renal diseases. If blood sugar levels aren’t kept in check, diabetes can lead to diabetic nephropathy, which means kidney failure and dialysis.

High blood pressure tends to damage the fine capillaries inside the kidney. If these blood vessels are injured or even damaged beyond repair, they can’t do their job of filtering toxins out of the blood.

Most of the uric acid in the blood is excreted by the kidneys. When the uric acid level increases, uric acid crystals can form in various joints inside the body, leading to inflammation and even gout. If these crystals deposit inside the kidney, they will damage it significantly.

Taking nephrotoxic painkillers also takes a toll on the kidneys.

The painkiller acetaminophen (Tylenol, or paracetamol or panadol) commonly found as a pill or syrup across households in America, contains excess toxins that are especially damaging to the liver and can impair its function. Nephrotoxic painkillers, classified as non-steroidal anti-inflammatory drugs (NSAIDs), will severely damage the kidneys if taken in excess.

Although phosphate is a legal additive in foods, its excess consumption will disrupt the hormones that regulate calcium, vitamin D, and phosphate levels in the bloodstream. This can eventually lead to mineral metabolism disorders, vascular calcification, renal tubular damage, and impaired kidney functions. The amount of phosphorus consumed by Americans is close to its maximum tolerable intake. The reason for this is thought to be related to the abundant use of phosphorus additives in processed food products.

Ingested heavy metals such as cadmium, mercury, and lead, even in trace amounts, will usually go straight to the kidney. After they arrive there, these toxic elements tend to stay there rather than be secreted by the body through urine.

Cigarettes, for example, contain cadmium and lead that are harmful to kidney tubules. Nicotine causes blood vessels to contract and increases blood pressure, restricting blood flow towards the kidneys, which in turn reduces renal blood flow and glomerular filtration rate. Heavy smokers and drinkers are 5 times as likely to develop chronic kidney diseases compared to average.

Melamine, a chemical commonly found on plastic tupperware as an insulating material, is a toxic chemical. After it enters the bloodstream, it cannot be metabolized and goes straight to the kidney. Even though most of the ingested melamine is excreted through urine, melamine will still harm the kidney tubules, increase the risk of kidney stones, and can even lead to kidney failure.

The kidney is a silent organ, and early stages of kidney diseases will show little to no symptoms. Dr. Yen would recommend a visit to the doctor’s office as soon as you experience symptoms such as hypertension or high blood pressure, anemia, foamy urine, edema, and fatigue.

Protecting Your Kidneys With 3 Tips

If you take good care of your kidneys and take preventive measures, you can keep them going for a long time.

Staying hydrated and drinking plenty of water will help the kidney remove water-soluble toxins from the body and prevent kidney stones. A healthy indicator of hydration is urine of a light, slightly yellow color. If the urine turns dark, then it means that you are not drinking enough.

Some people replace water with tea or coffee, yet one should keep in mind that they cannot use them to replace water entirely. Drinking too much of either will overstimulate the nerves and increase the blood pressure as well as cause heart palpitations. This is why it’s best to stick with plain water and to drink around 8 cups a day. Especially during the summer when you’re likely to sweat a lot, it’s recommended to drink up to 12 cups a day.

Eating food such as fruits and vegetables, whole grains, beans, nuts, seeds as well as a healthy amount of eggs, seafood (e.g. shellfish), white meat (poultry and fish), dairy products, turmeric, and green tea can help you obtain nutrients that support the kidneys:

Potassium: helps remove excess sodium from the body, regulate blood pressure, and reduce the strain on capillaries in the kidney.

Dietary fiber: reduces risk of diabetes and helps remove fat-soluble toxins from the body. Dr. Yen explained that the human body is like a symbiotic ecosystem, and that the health of the liver and kidneys can affect each other. After being metabolized by the liver, the fat-soluble compounds are excreted in the feces.

Antioxidants: such as vitamin C, vitamin E, quercetin, proanthocyanidins, curcumin, catechins, and zinc. They can prevent inflammation and reduce the number of free radicals in the bloodstream and reduce the amount of damage they do to the glomeruli and the tubules; they can also lower uric acid levels and protect the kidneys in general.

Other than its antioxidative properties, zinc can also help metabolize heavy metals. In the book “The Biomedical Application of Metals,” it states that zinc can protect the body from other heavy metals by suppressing their absorption in the body and competing to bind with enzymes in the bloodstream. For instance, zinc can improve the body’s lead absorption and secretion, and reduce the impact of mercury chloride. However, zinc should be taken with moderation, as its overconsumption can lead to undesired side effects.

In addition, it is crucial to reduce the amount of processed foods and phosphates in your diet.

There are plenty of toxic substances around us, so in addition to not smoking or drinking, one should be mindful when choosing food containers and cutlery to minimize exposure.

Any kind of colorful food containers and even straws can have the coloring (often made of melamine) “bleed” into the food. When melamine meets heat or acid, it might leak into food, and melamine absorbed by the human body can sometimes even lead to kidney stones.

Even washing cutlery and plates with sponges and scrubs containing melamine can be harmful, as trace amounts can brush off. So remember to check labels before purchasing household items.