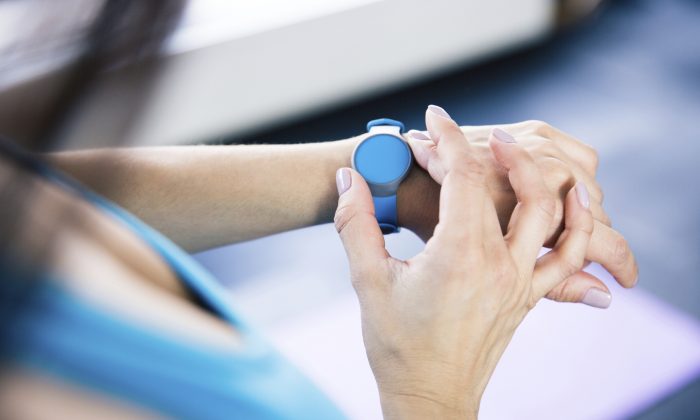 Health care providers and insurance companies are increasingly relying on smartphone and wearable activity trackers to reward active individuals for healthy behavior or to monitor patients.

But trackers can be easily deceived.

Now, researchers have designed a way to train smartphone trackers to spot the difference between fake and real activity. The new method detects, for example, when a cheater shakes the phone while lounging on the couch, so the tracker will think he’s broken a sweat on a brisk walk.

While systems trained on normal activity data predicted true activity with 38 percent accuracy, training on the data gathered during the deceptive behavior increased their accuracy to 84 percent.

“As health care providers and insurance companies rely more on activity trackers, there is an imminent need to make these systems smarter against deceptive behavior,” says lead study author Sohrab Saeb, a postdoctoral fellow at Northwestern University Feinberg School of Medicine. “We’ve shown how to train systems to make sure data is authentic.”

Some insurance companies offer discounts to individuals who are more active.

Some insurance companies offer discounts to individuals who are more active. Health care providers may monitor patients to see if they are following a clinician’s advice to do or refrain from certain activities to improve the outcome of their treatment.

As reported in the study, published in the journal PLOS ONE, smartphones rigorously trained on normal and deceptive activity can spot deceptive behavior and generalize it across individuals. If the tracker learns how one person cheats, it will recognize the same shady behavior in someone else. As participants in the study varied their methods of cheating, the activity trackers were tested and retrained up to six times.

“Very few studies have tried to make activity tracking recognition robust against cheating,” says senior author Konrad Kording, associate professor in physical medicine and rehabilitation at Feinberg and a research scientist at Northwestern Rehabilitation Institute of Chicago (RIC). “This technology could have broad implications for companies that make activity trackers and insurance companies alike as they seek to more reliably record movement.”

It is not completely foolproof, however. “If someone attaches an activity tracker to a dog, the system can’t recognize that,” Saeb says.

The study included 14 subjects, 23 to 38 years old, who used a variety of cheating strategies. To fake walking when they were actually sitting on a chair, the participants shook the phone with their hands, swung their hands back and forth, or slipped the phone into their pockets and moved their torso or legs to induce sensor readings similar to a real walk. They also tried to fake sitting while they were actually walking.

This article was originally published by Northwestern University.  Republished via Futurity.org under Creative Commons License 4.0.