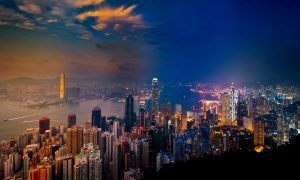 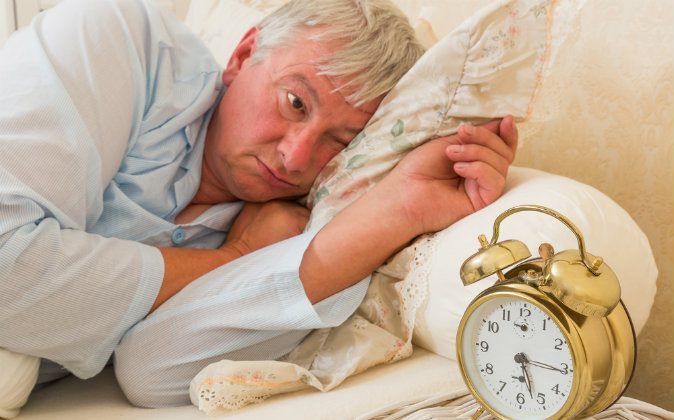 This Could Explain Why Older Adults Can’t Sleep

A loss of neurons in a part of the brain that serves as an on/off switch for sleep may explain why so many older adults suffer from insomnia.

“In many older people with insomnia and other patterns of sleep disruption, the underlying cause is unknown,” says Andrew Lim, assistant professor of neurology at University of Toronto. “We provide evidence that loss of neurons in a particular region of the brain that controls sleep may be an important contributor to insomnia in many older individuals.”

The new findings demonstrate for the first time that a group of inhibitory neurons are substantially diminished among the elderly and individuals with Alzheimer’s disease.

“On average, a person in his 70s has about one hour less sleep per night than a person in his 20s,” says Clifford B. Saper, professor of neurology at Harvard Medical School and coauthor of the study published in the journal Brain.

“Sleep loss and sleep fragmentation is associated with a number of health issues, including cognitive dysfunction, increased blood pressure, and vascular disease, and a tendency to develop type 2 diabetes. It now appears that loss of these neurons may be contributing to these various disorders as people age.”

In 1996, the Saper lab first discovered that the ventrolateral preoptic nucleus, a key cell group of inhibitory neurons, was functioning as a “sleep switch” in rats, turning off the brain’s arousal systems to enable animals to fall asleep.

“Our experiments in animals showed that loss of these neurons produced profound insomnia, with animals sleeping only about 50 percent as much as normal and their remaining sleep being fragmented and disrupted,” he says.

A group of cells in the human brain, the intermediate nucleus, is located in a similar location and has the same inhibitory neurotransmitter, galanin, as the vetrolateral preoptic nucleus in rats.

Researchers hypothesized that if the intermediate nucleus was important for human sleep and was homologous to the animal’s ventrolateral preoptic nucleus, then it may also similarly regulate humans’ sleep-wake cycles.

In order to test this hypothesis, the investigators analyzed data from the Rush Memory and Aging Project, a community-based study of aging and dementia which began in 1997 and has been following a group of almost 1,000 people who entered the study as healthy 65-year-olds and are followed until their deaths, at which point their brains are donated for research.

“Since 2005, most of the subjects in the Memory and Aging Project have been undergoing actigraphic recording every two years. This consists of their wearing a small wristwatch-type device on their non-dominant arm for seven to 10 days,” says Lim, a former member of the Saper lab.

The actigraphy device, which is waterproof, is worn 24 hours a day and monitors all movements, large and small, divided into 15-second intervals. “Our previous work had determined that actigraphic readings indicating absence of movement for five minutes or longer correlated with sleep intervals,” Lim says.

The authors examined the brains of 45 study subjects (median age at death, 89.2), identifying ventrolateral preoptic neurons by staining the brains for the neurotransmitter galanin.  They then correlated the actigraphic rest-activity behavior of the 45 individuals in the year prior to their deaths with the number of remaining ventrolateral preoptic neurons at autopsy.

“We found that in the older patients who did not have Alzheimer’s disease, the number of ventrolateral preoptic neurons correlated inversely with the amount of sleep fragmentation,” Saper says. “The fewer the neurons, the more fragmented the sleep became.”

The results further showed that among Alzheimer’s patients, most sleep impairment seemed to be related to the number of ventrolateral preoptic neurons that had been lost.

“These findings may one day lead to novel treatments for insomnia and other patterns of sleep disruption in old age, thereby improving quality of life,” says Lim.

*Image of a man suffering from insomnia via Shutterstock