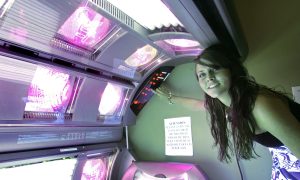 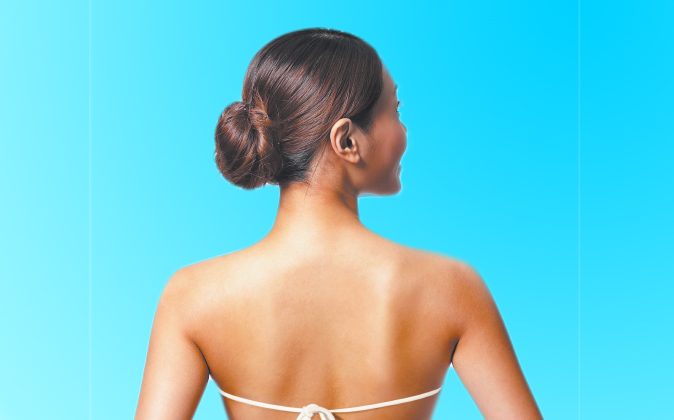 Think Indoor Tanning Is a Safer Alternative to Sitting in the Sun? Think Again

June 21 marks the official start of summer, signaling months of long days spent in the sun, vacations to warm and tropical locations, and, of course, suntans.

In a quest for a perfect tan, many people—especially young white women between age 18 and 25—may head to a tanning salon, using tanning booths, sunbeds, and sunlamps to kick-start their tans. Others (including people who are more prone to burn instead of tan) may head to the salon to slowly develop a “base tan,” with the mistaken belief that it will prevent a sunburn.

For many consumers of indoor tanning salons, this approach offers what they believe to be a safer alternative to outdoor tanning. But here’s the thing: Indoor tanning is just as damaging to your health as lying out in the real sun.

In the United States, approximately five million individuals are diagnosed and treated for skin cancer each year, making it the most common type of cancer in the country, so common that most of us know at least one person who has been diagnosed with skin cancer. Of these, melanoma is the deadliest form of skin cancer (relative to others like basal and squamous cell carcinomas), accounting for approximately 9,000 deaths each year in the United States.

Research indicates that the lifetime risk of skin melanoma increases by 75 percent among people who began using UV tanning devices before age of 35.

In 2009, the International Agency for Research on Cancer (IARC), part of the World Health Organization (WHO), classified UV-emitting tanning devices as a Group I carcinogen—the classification for the most dangerous cancer-causing substances. That means tanning booths and beds, sunlamps, and other artificial tanning devices are in the same category as tobacco smoke. That’s right, the world’s leading authority on cancer research considers indoor tanning devices to be as dangerous as tobacco smoke from cigarettes.

That’s a strong statement to make, but it is backed up by a robust and growing body of evidence linking UV tanning devices to health problems. The use of UV tanning devices has been linked to skin and eye melanomas. Of the five million cases of skin cancer diagnosed each year in the United States, researchers have estimated that 8 percent (or 400,000) of these cases can be attributed to indoor tanning.

About 30 million people tan indoors in the United States every year, and about 2.3 million of them are teens. And research indicates, for example, that the lifetime risk of skin melanoma increases by 75 percent among people who began using UV tanning devices before the age of 35 (called young exposure). Yes—75 percent. That figure alone should be enough to make some of us rethink the importance of that tan.

Indoor tanning might be unhealthy, but its popularity, especially among young people, hasn’t dampened. Researchers in Texas found that apartment buildings near some college campuses offer free indoor tanning to lure students. And a study of 125 college and university campuses in the United States found that almost half had indoor tanning facilities on campus or in off-campus housing.

Why haven’t governments taken a more aggressive role in regulating the industry, including implementing partial or complete bans for cosmetic tanning? This seems a pretty obvious question, given the flurry of legislative and regulatory action that we have witnessed over the last decade or two in relation to the tobacco industry. Today, smoking cigarettes is more and more expensive (due to ever-increasing taxes), highly regulated, and, in many regions, socially unacceptable.

Several countries have taken steps to regulate indoor tanning. In 2011, Brazil became the first country in the world to ban the use of commercial indoor tanning for nontherapeutic purposes for all age groups (the country had already banned tanning for minors in 2002). Australia quickly followed.

In 2011, Brazil became the first country in the world to ban the use of commercial indoor tanning for nontherapeutic purposes.

As of today, all but one Australian state prohibit individuals from operating a commercial tanning business. There are significant financial penalties for breaking the law. It is anticipated that the ban will help to reduce the incidence of skin cancer in the Australian public over time.

A number of other countries—including France, Italy, and the United Kingdom—prohibit people under 18 from indoor cosmetic tanning.

But regulations in the United States aren’t nearly as strict. Commercial indoor tanning operations are regulated through a patchwork of state registration, licensing, and/or inspection requirements. The nature of the regulations varies greatly and so too does the strength of enforcement.

The majority of states regulate the use of tanning devices by minors in some way. Seventeen states require parental accompaniment or parental consent for the use of a tanning bed by minors.

Maximum exposure times and the provision of eye protection to the minor are also common in these states. Eleven states—including California and Texas—have gone further and created legislation that prohibits indoor tanning by minors. But eight states still have no such protections. In these states, despite the overwhelming epidemiological evidence, minors may engage in unhealthy tanning practices without any checks and balances to help minimize the risks.

On the federal side, the Food and Drug Administration (FDA) reclassified indoor tanning devices as Class II medical devices in 2014. That means manufacturers will need to include a warning that people under 18 shouldn’t use these devices and need to meet other regulatory requirements. And as of 2010, there is a 10 percent federal excise tax on tanning services.

What Can Be Done to Protect Minors?

The demand for that bronzed look remains high (the indoor tanning industry is valued at $2.6 billion), and this is unlikely to change any time soon given the aesthetic appeal. And while a call for an outright ban may make sense from a public health perspective, such a call would be highly unpalatable to consumers, business operators, and the states, which benefit from the economic activity.

But more should and can be done to protect young tanners. A first step would be for all states to follow the lead set by, for example, California, and enact legislation that prohibits minors from using indoor tanning facilities. Across all states, maximum exposure times and requirements for the provision of eye protection for all clients, regardless of age, should be introduced and strictly enforced. Greater education around the risks of exposure, but especially young exposure, is also needed.

Diana Bowman is an associate professor of health management and policy at the University of Michigan. This article was previously published on TheConversation.com. Read the original article.