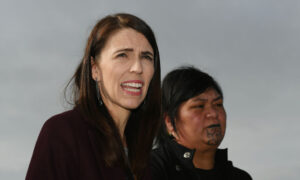 Thieves in the UK are using a cunning method to target unsuspecting cyclists locking their bicycles to bike racks.

One such person who had her bike stolen this way is Sarah King of Camberwell. She had locked her bicycle to a metal rack in the the city located south of London, not noticing that there were pieces of duct tape on the metal.

The pieces of duct tape were in fact covering a perfect cut through the rack.

The pieces of duct tape were in fact covering a perfect cut through the rack, allowing thieves to easily slip the bike lock off the rack and walk away with the bike.

This way the thieves don’t have to cut the lock on the spot, making it especially attractive to steal more expensive bikes that are attached with more expensive and solid locks.

On Twitter, King, who works for the local government, warned other cyclists of the trick used by the thieves.

Cyclists please watch out for gaffer tape on bike racks covering up that they’re cut straight through pic.twitter.com/RRiJYVfnwV

King’s warning for fellow cyclists has since been retweeted over 5,000 times.

It is not the first time this tactic has shown up in the UK. Last year in the city of Bristol thieves were cutting bike racks and then covering the cuts.

The cover up doesn’t always work however.

“After I tried to lock my bike onto the rack and it came apart,” one cyclist told the Bristol Post last year.

“If I had just left it there, I’m sure it would have been gone when I came back,” the cyclist said.