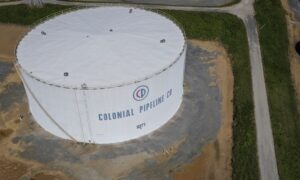 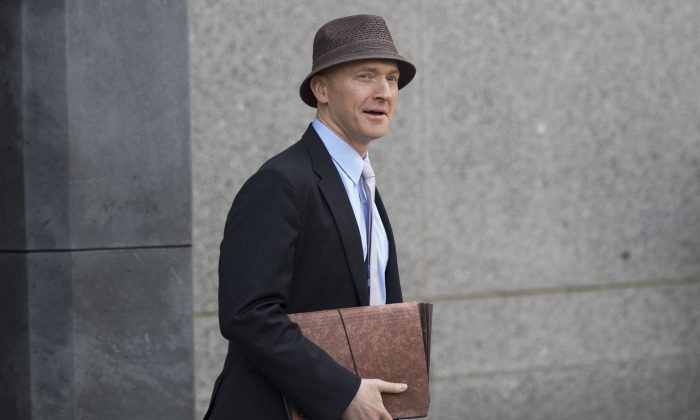 They Don’t Have Anything on Carter Page, and They Never Did

Almost two years after the FBI swore before the Foreign Intelligence Surveillance Court that it had solid evidence that former Trump campaign foreign policy adviser Carter Page was an agent of a foreign power working to undermine the U.S. election, he still hasn’t been charged with anything.

Where did all that solid evidence go, if it ever existed in the first place?

It’s becoming increasingly evident after two years of this developing scandal that neither the Department of Justice nor special counsel Robert Mueller has anything to really charge Page with. And they never did. The FISA warrant on Page was granted based on fake evidence crafted by political operatives at Fusion GPS who were being paid by the Hillary Clinton campaign and the Democratic National Committee.

Your first clue that Page isn’t facing any real legal jeopardy is that he gives regular media interviews, something he wouldn’t be doing if he was under investigation or any kind of gag order. All the others accused in this scandal have been effectively silenced. You haven’t seen media interviews of Gen. Michael Flynn, George Papadopoulos, or Paul Manafort recently.

But many times over the past year and a half, Page can be found opining on TV and in print at length about his role in this affair. And in these interviews, the highly educated Page comes across as anything but a guy who’s fearful he’s about to be slapped into handcuffs at any moment.

If you start with the premise that the Steele dossier allegations about Page are real, the interviews he gives make no sense whatsoever. The same can be said about voicing criticisms publicly of the people who are supposedly investigating him.

This is why for two years, the conventional wisdom on Page was that he should just keep quiet and get a good lawyer. Look at the drophead of that New York Magazine article: “But the Trump campaign foreign policy adviser can’t seem to stop talking.” For months, the D.C.-smart-set has mocked Page, thinking he’s supposed to have gone to ground and made himself hard to find, as Tony Podesta did in October when Manafort’s indictment was unsealed. Podesta wailed like a banshee, dissolved his company, dove into the deepest hole he could find, and hasn’t stuck his head out since.

Instead of shutting up, hiring an expensive lawyer, and waiting quietly in some bunker for Mueller’s investigators to come knocking on his door and arrest him, Page keeps jumping in front of media reporters and using everything but signal flags to boast he has nothing to be scared of as he relishes his forthcoming vindication.

What if he’s right? What if they really don’t have anything on him? What if, as he has alleged for over two years, the second-and third-hand allegations those shadowy, anonymous Russians made against him in Steele’s dossier really are fake? Hasn’t the evidence that’s been made public over the last year suggested Page could very well have been telling the truth all along?

Page was the first person to claim the entire Trump-Russia-collusion scandal resulted from a Clinton campaign dirty trick.

Page was telling Jason Zengerle of the New York Times back in December of 2017 that the real scandal of that 2016 election was the Clinton campaign conspiring with some officials inside the FBI to set up the Trump campaign and frame it by creating false evidence of Russian collusion.

“Page contends that the real story of the 2016 election was not collusion between Trump and Russia to defeat Hillary Clinton but rather collusion between the Democratic National Committee—which helped pay for the Steele dossier—and the F.B.I. to defeat Trump.” Zengerle wrote.

At the time this article appeared in the New York Times Magazine, Zengerle snarked about there being scant evidence for Page’s “theory” that this was all really just a Clinton campaign dirty trick. In fact, Zengerle’s take was that Page had “crafted an alternative scandal narrative” to try to keep the public spotlight on himself. Page, a minor Trump campaign functionary who somehow happened to have the national spotlight fixed on him, was reluctant to return to obscurity, and thus was attempting to sell a story where he was the central figure of a criminal conspiracy.

It’s now almost a year later, and with what’s come to light since Page gave Zengerle this interview, Page is looking more and more like a prophet and less and less like a goofball headed for prison.