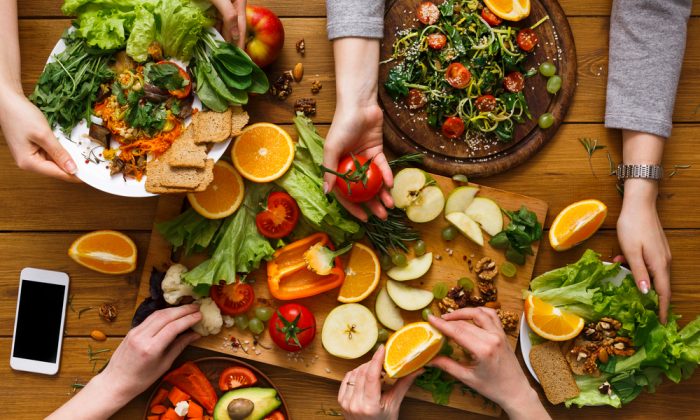 These Words Get People to Eat More Vegetables

Describing vegetables with words normally used for indulgent foods can get people to eat more of them, a new study suggests.

It’s not an easy task, says Bradley Turnwald, a graduate psychology student at Stanford University and lead author of the study in JAMA Internal Medicine.

Previous research has shown that people tend to think that healthy foods are less tasty and less enjoyable than other foods. They’re also perceived as less filling and less satisfying.

Healthy foods can be indulgent and tasty. They just aren’t typically described that way.

A 2011 study by Alia Crum, assistant professor of psychology and principal investigator of the Stanford Mind & Body Lab and coauthor of the current work, found that labeling a milkshake as low-calorie and restrictive led participants to have higher levels of the hunger hormone ghrelin, compared to when participants consumed the same shake with a high-calorie and indulgent label.

To test how labeling could impact consumption of healthier menu choices, researchers collaborated with Stanford Residential & Dining Enterprises to conduct a study in a large dining hall on campus. The vegetables were studied using four categories: basic, healthy restrictive, healthy positive, or indulgent.

Why Do We Need to Eat so Many Vegetables and What Does a Serve Actually Look Like?

Research assistants monitored the number of diners who chose the vegetable and how much was consumed over the course of each lunch period for an entire academic quarter (46 days). There were no changes to the food’s preparation or presentation.

“We have this intuition to describe healthy foods in terms of their health attributes, but this study suggests that emphasizing health can actually discourage diners from choosing healthy options,” Turnwald said.

3 Ways to Boost the Nutrient Power of Your Vegetables

This simple and low-cost strategy of altering the descriptions of healthy foods could have a substantial impact on consumption of nutritious foods in dining settings. More research needs to be done—researchers want to know if the effects would be similar when choosing off a restaurant menu, without the food being visible—but the findings could be the basis for a potentially effective strategy to answer a challenging question.

“Healthy foods can be indulgent and tasty,” Turnwald said. “They just aren’t typically described that way. If people don’t think healthy foods taste good, how can we expect them to make healthy choices?”

“Changing the way we label healthy foods,” Crum said, “is one step toward changing the pernicious mindset that healthy eating is depriving and distasteful.”