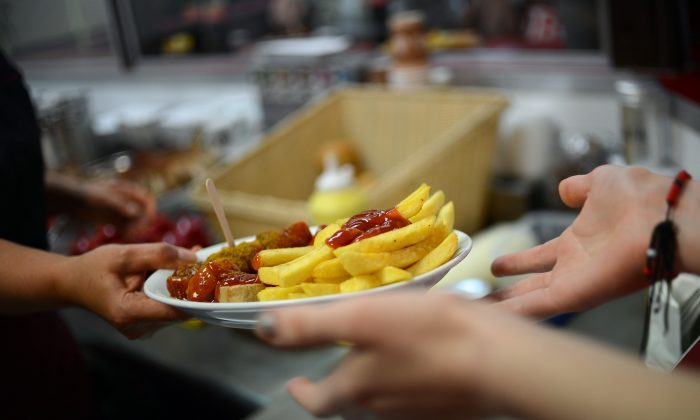 There Is a Vegetable Shortage in the US

Walking through most U.S. grocery stores, you might not think there is a shortage of vegetables, but a closer look at the data tells a different story.

According to new data from the USDA, we aren’t growing or importing enough vegetables for Americans to meet USDA daily requirements. The USDA recommends three to five servings of vegetables per day, or around 3 cups. But we only produce enough veggies for 1.7 cups per person, per day.

That’s not all. Not only are we growing too few vegetables, the ones we tend to grow are not the ones that experts—including USDA’s MyPlate—recommend we eat the most. The recent data they have on this is from 2013, when they found that more than half of the vegetables available are potatoes, potato products (like frozen tater tots and fries), tomatoes and lettuce.

So, what’s going on?

The story I’m seeing reported is that we aren’t growing enough healthy food, that subsidies support unhealthy crops, and that we choose the less nutrient-dense vegetables or non-vegetable foods because they’re cheaper. Those are definitely all valid points that need to be addressed, but I think that it leaves out a big piece of the nutrition puzzle.

What I haven’t seen is mentioned is how animal agriculture—which also receives huge subsidies—plays into this problem. So much of our farmland is dedicated to raising livestock and raising genetically modified grains and soy for those animals to eat. It’s such an inefficient use of land and resources. We need to stop growing grains to feed livestock and start planting healthy, plant-based food for people.

If the USDA truly wants Americans to eat three to five varied servings of vegetables a day a day, it’s time for the agency to walk their talk. Subsidising the foods they recommend would be a game-changer.

Meat, eggs, poultry and dairy farmers receive huge subsidies that keep prices for those unhealthy foods low at the supermarket.

A 2013 study from the University of Minnesota found that we could feed four billion more people if we stopped growing food for livestock and fuel and used that land to grow food for people to consume directly. That would mean not just enough healthy, affordable veggies for Americans, but for more than half of the current world population.

Right now, farmers are incentivized to grow “commodity crops,” like corn and soy. The vast majority of these crops are fed to animals. Meat, eggs, poultry and dairy farmers also receive huge subsidies that help them offset their costs, keeping prices for those unhealthy foods low at the supermarket. It’s no wonder that families on a budget choose processed potatoes, tomatoes and animal foods.

A shift in subsidies would absolutely spark a shift in how the U.S. uses its farmland. What would large farmers focus on planting if the USDA Farm Subsidies Program allocated money that used to go to corn, soy, meat and dairy farmers to farmers growing broccoli and kale?

10 Ways to Eat Healthy on a Budget

Until the USDA overhauls its subsidies program, this problem is not going to go away. Unfortunately, there are powerful, wealthy interests lobbying against what’s best for Americans’ health. The best thing that you can do as an individual is support your own local farmers who are growing the healthy food that the USDA itself says reduces risk of disease.