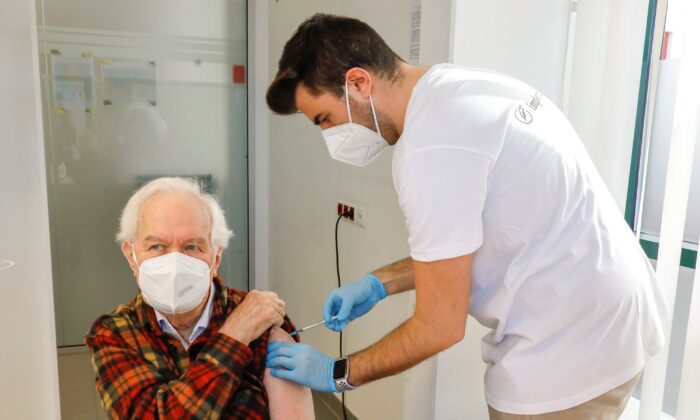 The Veracity of VAERS

An escalating information war is pitting the “vaxxed” against the “unvaxxed” over the safety of the three COVID-19 vaccines being administered in the United States.

In 2021, a massive spike in reporting was seen in the Vaccine Adverse Event Reporting System (VAERS), the main vaccine side effect and injury reporting site in the United States. Vaccine manufacturers and administrators are required to report any adverse events that occur during or after vaccination through VAERS.

“However, because these reports are required to be submitted regardless of the plausibility of the vaccine causing the event, not all of the reports involve an outcome caused by the vaccine.”

The 32-year-old vaccine data collection site is co-managed by the Centers for Disease Control and Prevention (CDC) and the U.S. Food and Drug Administration.

A non-believer in the VAERS data, Jonathan Jarry, disputes the reliability of the VAERS reports. Jarry holds a master of science degree and is a molecular biologist and science communicator in McGill University’s Office for Science and Society. He’s an outspoken critic of VAERS.

He claims that VAERS data is circumstantial, doesn’t prove causality, and is used to induce fear. He rejects the accuracy of the high rates of injury and death reported there and claims it only contributes to anti-vaccination fear.

“Don’t fall for the “VAERS scare tactic,” Jarry wrote in an article posted on the school’s website.

The office’s mission articulated there is to “separate sense from nonsense.” He also wants the public to doubt the credibility of VAERS data.

“The Vaccine Adverse Event Reporting System, or VAERS, is being misused by anti-vaxxers to terrify the public,” Jarry wrote. “Scrolling through a VAERS data set does not allow us to conclude anything. VAERS can be used to generate hypotheses but not to test them directly.”

Jarry also believes that the information posted on VAERS is unreliable because reporting is open to the public.

“The reports may contain information that is incomplete, inaccurate, coincidental, or unverifiable,” he wrote. “In large part, reports to VAERS are voluntary, which means they are subject to biases. This creates specific limitations on how the data can be used scientifically.”

The FDA didn’t confirm with The Epoch Times how many medical professionals report to VAERS, as compared to the general population.

“What is being reported in VAERS,” Jarry wrote, “is known as a vaccine adverse event: it is any unfavourable or unintended sign, any abnormal laboratory finding (like a blood test), any symptom or disease (even death) that comes after receiving a vaccine and that could, potentially, have been caused by it.”

Vaccine manufacturers and administrators are required by law to report any adverse vaccine reactions to VAERS, whether they believe they are vaccine-related or not.

Additionally, anyone who intentionally files a misleading or false report on VAERS is subject to federal criminal prosecution that is “punishable by fine or imprisonment,” according to the VAERS site.

VAERS agrees that “reports alone cannot be used to determine if a vaccine caused or contributed to an adverse event or illness,” the disclaimer on the CDC’s website says, but the center told The Epoch Times that the value in the data is that the CDC can be alerted to “safety signals.”

The CDC already has identified critically serious and deadly trends in the health of those vaccinated for COVID-19.

Still, Jarry continues to reject the way the information in the VAERS database is being publicized.

Jarry also believes that the information posted on VAERS is unreliable because reporting is open to the public.

He declined to comment to The Epoch Times about the already identified health risks associated with the three vaccines within the VAERS data.

VAERS reports require patient information, the identity of the person submitting the form, a health provider’s contact information, which vaccine(s) were given, a description of the adverse event, the result or outcome of the event, and any other adverse events the patient might have had from previous vaccines.

Both the FDA and the CDC review all VAERS reports and can issue alerts to the public.

They can require the manufacturer to conduct additional studies, change the labeling on a product, issue additional guidelines, and more.

If a safety signal is detected, the data is then passed to the CDC’s Vaccine Safety Datalink and its Clinical Immunization Safety Assessment for further evaluation.

While the 2021 reporting on VAERS alerted scientists to serious side effects from the COVID-19 vaccines, an often-cited 2009 Lazarus Report found that less than 1 percent of health care providers report.

Researchers followed more than 376,000 vaccinated subjects for three years, and monitored all adverse drug events while recording the frequency of provider reporting.

The researchers found that adverse drug events, in general, were common but underreported.

The study found that “25 percent of patients have adverse drug reactions,” but only “0.3 of all adverse drug events and 1–13 percent of serious events are reported to the Food and Drug Administration.”

The most relevant reported result researchers found from the study is that less than 1 percent of serious vaccine adverse events were reported.

Within the study results, several factors led to the lack of reporting by clinicians, including not knowing about the reporting option or requirement, not having the time to report, and confusion about what and when to report.

“The strengths of VAERS are that it is national in scope and can quickly provide an early warning of a safety problem with a vaccine,” the VAERS website says. “VAERS is designed to rapidly detect unusual or unexpected patterns of adverse events, also known as ‘safety signals.’

“If a safety signal is found in VAERS, further studies will be done.”

According to OpenVAERS, a website that pulls data from VAERS and presents it in a more accessible format, as of Feb. 1, 2022, there are now 1,071,854 reports of adverse events related to COVID-19 vaccines, with 739,999 of those reports originating from the United States and U.S. territories.