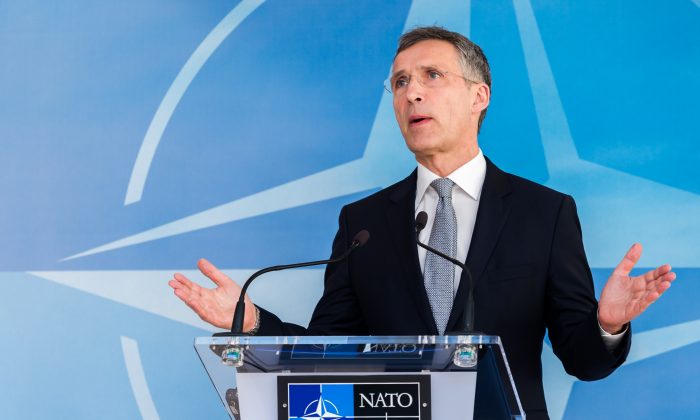 The United States: Divided in More Ways Than One

Polarization on trade, security, and immigration hobbles the US and its major parties, especially Republicans

WASHINGTON—As Americans decide on their next president, people outside the country who do not have a vote in this election nevertheless have a great stake in the outcome. An election takes the pulse of a nation and may foreshadow future national policy.

What is the degree of isolationist or protectionist sentiment among Americans? Are they committed to multilateralism or do they favor going it alone? How willing are Americans to help nations less fortunate? How partisan are these sentiments and how do the views of each candidate’s supporters differ?

Such public opinion matters because when Americans elect a president his or her policies will affect the rest of the world.

Public opinion matters because when Americans elect a president his or her policies will affect the rest of the world.

Americans’ view of U.S. global involvement is not a simple binary choice. Wariness of international engagement coexists with unilateralist assertiveness on some issues and a belief that the United States is a force for good.

A new Pew Research Center survey suggests isolationist sentiment is often counterbalanced with support for some degree of international engagement.

For the most part, there is no evidence that the American public has become more isolationist, protectionist, or unilateralist in this election year—despite the raucous debates over issues like trade, immigration, and foreign interventions.

China Uncensored: Donald Trump: China Is ‘Raping’ the US

As a largely self-sufficient continental nation separated from Asia and Europe by vast oceans, the United States has a long history of isolationism, protectionism, and unilateralism.

As early as 1796 the country’s first president warned against any permanent foreign alliances.

In 1919, the U.S. Senate rejected American participation in the League of Nations, the handiwork of another U.S. president. There was significant initial public opposition to getting involved in both World War I and World War II.

And in 1950, the United States failed to ratify the proposed International Trade Organization Charter.

Worried about stagnant wages and a sluggish economy, weary after years of war in Iraq and Afghanistan, Americans remain hesitant about over-extending on international engagement today.

Moreover, roughly two-thirds say, “we should not think so much in international terms but concentrate more on our own national problems.”

And 57 percent think the United States should deal with its own problems and let other countries deal with their own problems as best they can, a sentiment that has actually increased from 46 percent in 2010.

In part, this may be the case because a plurality of Americans thinks the country does too much in helping solve world problems—41 percent too much, 27 percent too little, and 28 percent right amount.

At the same time, six in ten registered voters say problems in the world would be even worse without U.S. involvement.

Among the partisans in the current presidential election campaign, Republicans, 62 percent, are far more likely than Democrats, 47 percent, to voice the view that the United States should deal with its own problems rather than helping other countries with theirs.

Notably, roughly two-thirds of registered Republicans or Republican-leaning independents who favor Donald Trump, 68 percent, express such isolationist sentiments, as do more than half of the Democratic backers of Senator Bernie Sanders, 54 percent.

Over half of registered Democrats and Democratic-leaning Independents who favor Hillary Clinton, 52 percent, suggest the United States should help other countries deal with their problems.

As for protectionist sentiment, Americans are generally wary of global economic engagement.

Only 44 percent describe such U.S. involvement as a good thing because it provides the country with new markets and opportunities for growth.

More Americans, 49 percent, say such engagement is a bad thing because it lowers wages and costs jobs.

These protectionist views differ along partisan lines. A majority, 55 percent, of Republicans think U.S. involvement in the world economy has been a bad thing, while about half of Democrats see it as a good thing.

Among registered Republicans and Republican-leaning voters, roughly two-thirds, or 65 percent, of Trump supporters think such economic engagement has not worked well for the United States.

Among registered Democrats and Democratic-leaning voters, a majority, or 55 percent, of Clinton backers view it favorably.

The United States has oft been seen by many of its allies as acting in a unilateralist fashion, in part due to the go-it-alone military actions of various American administrations.

But the U.S. public has long supported a cooperative foreign policy. Roughly half, 51 percent, of Americans suggest that the country should take into account the views of its allies when deciding its foreign policies, even if it means compromising.

About four in ten, or 42 percent, believe Washington should go it alone in international matters, even if allies disagree.

More than seven in ten back a shared leadership role in the world for the United States, a trend that remains largely unchanged since Pew first asked the question in 1993. And this is true among the partisans of all the major candidates.

There’s a Good Reason We’re so Interested in the US Election: It Matters

Despite criticisms of multilateral institutions by presumptive Republican presidential nominee Donald Trump in particular, 64 percent of Americans have a favorable opinion of the United Nations and 60 percent agree that the United States should cooperate fully with the United Nations.

Moreover, 53 percent hold a positive view of the North Atlantic Treaty Organization (NATO) and 77 percent voice the view that U.S. membership in NATO has been a positive for the United States. Both Republicans and Democrats share such support for NATO.

One test of public international engagement is public willingness to help poorer nations in Africa, Asia, and Latin America.

When it comes to increasing foreign aid to developing countries, Americans are divided: 48 percent support such a move and 50 percent oppose it.

About six in ten, or 62 percent, Democrats back increasing foreign assistance. Among registered Democrats and Independents who lean Democratic, a roughly equal share of Clinton and Sanders supporters, 61 and 60 percent, respectively, support more foreign aid.

Roughly half of Americans favor both importing more goods from developing countries and increasing U.S. companies’ investment in those nations, both 52 percent. But again there is a partisan divide.

A majority of Democrats backs more trade with and investment in developing economies, but over half of GOP supporters oppose it, with the strongest opposition on both counts coming from Trump supporters.

Much of the American public’s sentiment on foreign affairs is largely unchanged from previous years.

However, as the heated rhetoric suggests, it is true that there are partisan differences on these measures as well as divisions of intensity of voter sentiment within each political party, particularly among the Republicans.

The selection of Trump and Clinton as the likely nominees for U.S. president is significant and matters for non-Americans worried about the U.S. role in the world.

Partisan rancor will likely linger until after Nov. 8, when the next resident of the White House begins formulating American foreign policy.

Bruce Stokes is director of global economic attitudes at the Pew Research Center. Copyright © 2016 YaleGlobal and the MacMillan Center. This article was originally published on YaleGlobal Online.