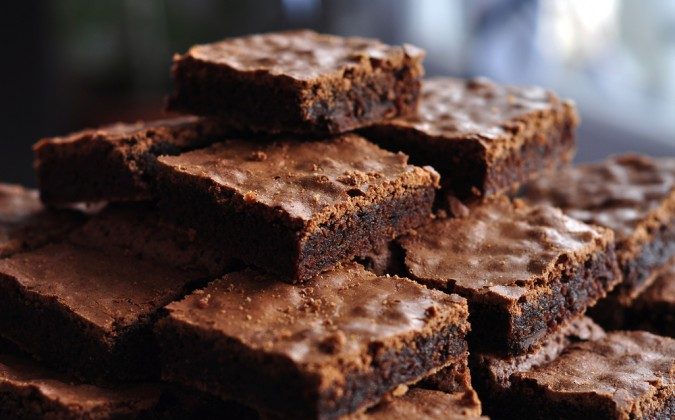 The Science of the Midnight Snack

There’s something about terrible-for-you food that makes it that much more appealing after dark. Earlier this week, Jawbone, the company behind the fitness-tracker app UP, released a trove of data on its users’ eating habits throughout the day.

People’s preference for fatty and sugary foods peaked around 12 o’clock and stayed high until just before 4 a.m.:

Our bodies are hard-wired for late-night junk-food cravings. Or, more scientifically, for late-night energy boosts in the form of calories—lots of them.

One reason for this is fluctuation in the hormone cortisol, which tells the liver to release sugar into the blood. Because we don’t need as much energy at night, cortisol levels decrease, telling our bodies that it’s time to go to sleep—when we stay awake, though, we’re driven to compensate for the resulting blood-sugar drop by eating food. But what’s bad for our modern-day waistlines may have had an evolutionary benefit, said the authors of the Obesity study: Because the body burns fewer calories at night, the urge to consume more of them in later hours may have helped our ancestors stay nourished when food was scarce.

Another reason may be that end-of-day fatigue increases the temptation to indulge. When we’re tired, we make less of the hormone leptin, which brings on a satiated feeling, and more of the hunger hormone ghrelin. As a result, our sleepy brains pull a few tricks to nudge our bodies towards energy pick-me-ups in the form of calories.

*Image of “chocolate brownies” via Shutterstock