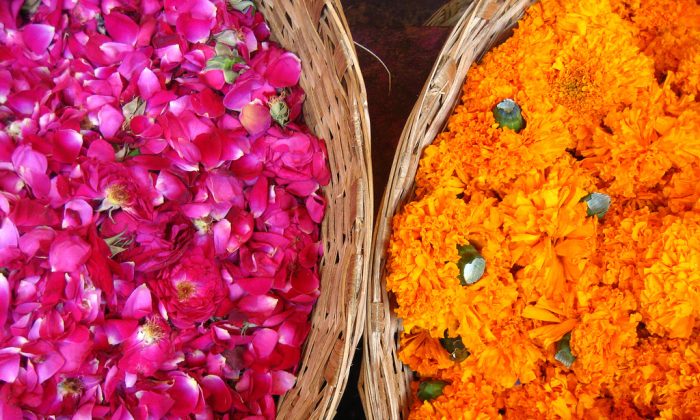 Roses or marigolds, what is the scent of love? (Meena Kadri, CC BY-ND)
Health

The Scent of True Love

When Mark Iverson attended his first pheromone party in Santa Monica in 2012, he was interested in love. He was also interested, just as importantly, in the power of scent

Iverson, a filmmaker, possesses only an ordinary human’s sense of smell. But he was intrigued by the premise of the event: Participants had been instructed to sleep in a white t-shirt for three nights (“I chose the one with the least pit stains,” he says), put it in a plastic bag and bring it to the party at O’Brien’s Irish Pub. There, the bags would be numbered and color-coded—blue for men, pink for women—and guests could sniff as many as they liked, posing for photos with the ones whose scents they found attractive. The pictures would be projected onto a wall of the bar; if the owner of a t-shirt liked the look of the person who chose it, they could go strike up a conversation.

Single and frustrated by the typical avenues for meeting women, Iverson says, he was ready to turn his romantic fate over to a process that seemed to be guided by something more concrete than guesswork.

Research says: Sort of, maybe. The science is still a little murky.