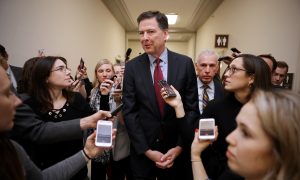 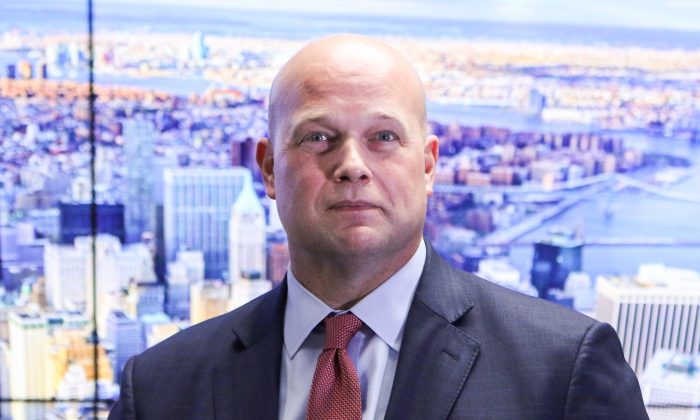 The Next Crucial Step: President Trump Declassifying It All

Ever since former Attorney General Jeff Sessions voluntarily recused himself from having oversight over any of the 2016 election-related investigations at the Department of Justice—including the Mueller special-counsel probe—those investigations have been under the authority of his chief lieutenant, Deputy Attorney General Rod Rosenstein.

Many Trump supporters are understandably upset that it’s taken until this late date to get many key Spygate players—such as former FBI Director James Comey—on the record before Congress about their actions during the 2016 election and its aftermath.

While there is value in getting Comey and the other plotters on the record before Congress, people need to step back and remember the bigger picture.

What people need to remember—and this can’t be stressed enough, in my opinion—is that the real investigations aren’t being done by Congress at all. In fact, much of the time, the most crucial evidence has to be kept from Congress because of the incontrovertible fact that politically partisan leakers sit on these oversight committees. Giving over vital evidence to these committees is tantamount to giving them to the media. Can any reasonable person deny that?

Rep. Mark Meadows (R-N.C.) had this fact starkly thrown in his face by one of his own witnesses during a recent congressional hearing, when two whistleblowers faced his House Oversight Committee on Dec. 13. In a report headlined “Oversight Panel Hearing on Clinton Foundation Blows Up,” the Washington Examiner’s Alana Goodman reported the following:

“John Moynihan and Larry Doyle, financial analysts who say they have uncovered evidence of pay-to-play and financial crimes at the Clinton Foundation, were invited to testify on their findings by the House Oversight Committee’s Republican Chairman Mark Meadows.

“But tensions erupted between Meadows and the two witnesses after Moynihan and Doyle refused to turn over 6,000 pages of documents that they say back up their claims—documents that the pair has already given to the FBI and the IRS.”

When Meadows demanded to know why these investigators testifying to his panel would hand their 6,000 documents over to the FBI and to the IRS but not to Congress, Moynihan didn’t mince words, as video of the encounter will attest.

Moynihan absolutely stunned Meadows by reminding him Congress is not a law-enforcement body and doesn’t do actual criminal investigations.

Meadows: You’ve shared all those documents with those entities [meaning the FBI, the IRS, the U.S. Postal Service] and yet somehow do not believe that you should share it with Congress and the American people.

Moynihan: Can you prosecute the Clintons? Can you bring an action against the Clintons that would yield U.S. consortium?

Meadows: Don’t get cute with me. I thought you said you were all about the rule of law, all about justice and truth!

Moynihan: That’s why we presented [the documents] to law-enforcement agencies, which you’re not.

Meadows certainly didn’t want to hear that, but it’s true. These two financial investigators who’d just spent three years of their own time and money investigating the Clinton Foundation were not about to hand their hard-earned evidence over to congressional committees stocked with suspected leakers. The moment the Republicans on these committees get that evidence, the Democrats also get it.

There have been enough anonymous leaks out of Congress in recent memory to dissuade any reasonable person from believing that any evidence that might tip off the Clintons and the Spygate plotters, or blow up ongoing investigations, will remain confidential.

In a recent WSJ column, Kim Strassel touched on the fact that, to all appearances, Trump is waiting to take the one step that will make the entire incredible truth about the Spygate plot public: He’s waiting for Mueller to officially end his probe and turn in his final report to Whitaker before he declassifies all of the related documents.

“Congressional Republicans have the names, the actions, a timeline, and the documents. … Yet the public doesn’t have this full story yet—because Congress isn’t authorized to tell the key remaining parts, which are classified,” Strassel wrote.

As I noted in my last column, Sen. Chuck Grassley (R-Iowa) and other Republicans on the Senate Judiciary Committee have seen classified Defense Intelligence Agency information that puts Lt. Gen. Michael Flynn’s case in a different light, but they can’t share this information with the public, due to its classified nature.

This is where things will stand until Trump follows through on his intention to declassify this information. Top people in Congress and inside the DOJ know what happened. They just can’t discuss it publicly until the declassification happens.

The latest reports have Mueller turning in that final report to the attorney general sometime in February. One thing is certain: Trump will move on this when he is ready, and not before.