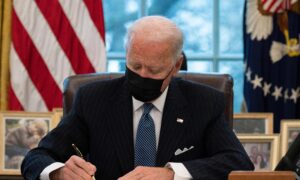 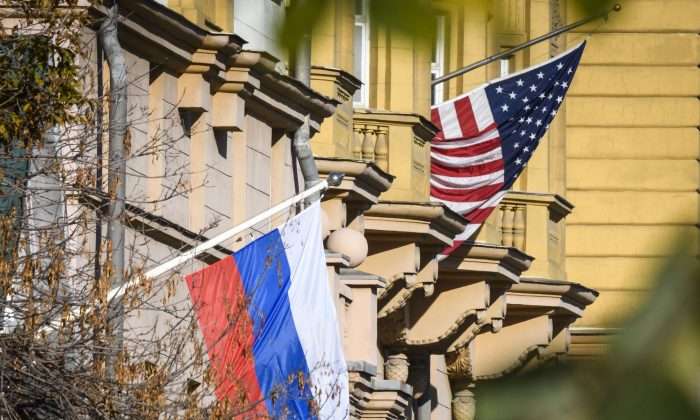 Without any advance warning, President Donald Trump announced Oct. 20 that the United States will be withdrawing from the Intermediate-Range Nuclear Forces Treaty with Russia.

John Noonan, a frequent national security commentator in the media and a former adviser to Jeb Bush and Mitt Romney, had this to say on Twitter: “Arms control agreements are good when you have willing partners. Lightens the load on our military. Russia hasn’t been a willing partner in years. There will be gnashing of teeth from people who do arms control advocacy full time, but this is the right move.”

Arms control agreements are good when you have willing partners. Lightens the load on our military.

Russia hasnt been a willing partner in years. There will be gnashing of teeth from people who do arms control advocacy full time, but this is right movehttps://t.co/WmQE43ERCB

Noonan was indeed correct. Trump’s announcement was immediately followed by a media scrum chock-full of arms control experts engaging in all manner of chin-stroking and hand-wringing about this development.

An example of the stories that immediately surfaced is this one—“Trump says US will withdraw from nuclear arms treaty with Russia”—at The Guardian, which has this tagline: “Experts warn of ‘most severe crisis in nuclear arms control since the 1980s’ as Trump confirms US will leave INF agreement.”

What is the INF treaty and why would Trump’s decision to withdraw from it provoke such a reaction?

Created in 1987 between President Ronald Reagan and the USSR’s Mikhail Gorbachev, the treaty, as explained by the Arms Control Association, “required the United States and the Soviet Union to eliminate and permanently forswear all of their nuclear and conventional ground-launched ballistic and cruise missiles with ranges of 500 to 5,500 kilometers.”

The Arms Control Association fact sheet goes on to relay some pertinent recent history—that four years ago it became apparent the Russians were violating the treaty:

“The United States first alleged in its July 2014 Compliance Report that Russia is in violation of its INF Treaty obligations ‘not to possess, produce, or flight-test’ a ground-launched cruise missile having a range of 500 to 5,500 kilometers or ‘to possess or produce launchers of such missiles.’ Subsequent State Department assessments in 2015, 2016, and 2017 repeated these allegations. In March 2017, a top U.S. official confirmed press reports that Russia had deployed the noncompliant missile. Russia denies that it is in violation of the agreement.”

So to sum up, over the past decade or so, Russia—in direct violation of the INF treaty—designed, tested, and, most importantly, deployed a missile with a range of greater than 500 to 5,500 kilometers. U.S. intelligence only became aware of the new Russian missile when it reached the testing stage in 2014. In 2017, Russia reached the next step of deploying its new 9M729 missile.

Despite the fact U.S. intelligence agencies have verified that the Russians have essentially withdrawn from the treaty by blatantly violating it after deploying this new missile, arms control experts have spent the last few days decrying Trump’s decision.

Politicians have also loudly called for Trump to reconsider. Republican Sen. Rand Paul of Kentucky has spent the past several days telling anyone who will listen to him that Trump is making a huge mistake here.

Paul, like his dad, former Texas congressman Ron Paul, has a strong isolationism bent in his foreign policy views. In my time commenting on politics, especially here in Texas, I’ve encountered many fans of Paul’s isolationist views. They’ve never grasped that being isolationist is not “America first” when you examine it. What it really means is “America alone.”

A common trait of the isolationist wing of the American political scene is the consistent grousing about the United States pursuing military alliances with allies overseas—like Trump has been doing with Saudi Arabia.

Unless you’ve been living under a rock for the past two weeks, that budding new alliance between the United States and Saudi Arabia now faces a stiff test due to the murder of journalist Jamal Khashoggi inside the Saudi consulate in Istanbul, Turkey.

Plenty of people were not happy that Trump was ditching Obama’s years of hard work on the Iran deal to suddenly forge a new alliance with the reforming kingdom of Saudi Arabia. The Khashoggi murder has given them a cause to rally their efforts to thwart the development of this new relationship.

As it so happens, one of the people most upset by Trump’s ending the Iran deal to pursue an alliance with the House of Saud is … Rand Paul.

What Obama was engineering during his years of control of the United States’s foreign policy was a de facto isolationism. He wasn’t building an alliance with Iran as much as he was facilitating abandoning the Middle Eastern region to Russian dominance through its client state, Iran. Since he viewed such dominance as inevitable, he was merely trying to delay Iranian nuclear capability and get the best deal he could as the United States reduced its influence in the region.

Obama wouldn’t even leave behind a token security force in Iraq, so of course what happened was the rise of the ISIS terrorist group. He also pumped billions of dollars into the Iranian coffers, which the mullahs eagerly used to fund destabilizing wars, terrorism, and criminal enterprises all over the globe.

In direct contrast to Iran, whatever problems or shortcomings the Saudi kingdom has, it’s not exporting terrorism worldwide and it’s not seeking to spread a politically charged Islamic fundamentalist revolution beyond its borders the way Iran is.

Although in the past there were factions within Saudi Arabia that supported the exportation of Wahhabist ideology, that is no longer the case, as many of the recent reforms in the kingdom have demonstrated.

Trump’s new alliance with Saudi Arabia is both sensible and practical as a strategic way to counterbalance the Iranian and Russian activities in the region.

Would it surprise you to learn that the minute Paul heard Trump was looking to get out of the Iran deal, he suddenly became a huge fan of it? After all, it got us out of the region. He was very upset Trump was going to scrap it while forming an alliance with Saudi Arabia.

At the time Obama was making the deal, Paul said repeatedly he was against it. Once Trump started talking about ending the deal and forging an alliance with Saudi Arabia, all of a sudden Paul was everywhere trying to save the Iran deal.

And no, I’m not making this up: “Rand Paul—Don’t Blow Up the Iran Deal” read the headline from Politico. “Rand Paul says he’d support talks between Trump and Iran, ‘mistake’ to exit nuclear deal,” reported CNN. “Lawmakers Once Opposed To The Iran Deal Now Blast Trump’s Decision To Withdraw,” reported USA Today.

Paul was against what he called any new Middle East entanglements. No new alliances, no new nothing was his policy.

So by the time Trump was elected and started making overtures to Saudi Arabia, Paul had done a 180 on the Iran deal and was now saying a Russian-backed nuclear Iran with a hegemony over the entire Middle East was just fine with him, since for some reason a Saudi alliance was suddenly completely unacceptable.

Threats—especially nuclear threats—don’t go away just because you insist on a policy of isolationism and abandon your allies to deal with the threats themselves.

Trump is about the furthest thing from a war-mongering neocon there is, but I don’t think Paul can see that. Keep this in mind as Paul and others spend the next week or so loudly calling for abandoning Saudi Arabia and staying in the INF treaty.