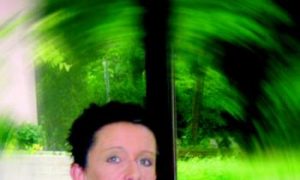 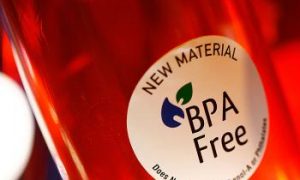 The Long Road Ahead for Libya

By Joshua Philipp
Print
Supporting the Libyan opposition in their quest for democracy is becoming a task more involved than the West originally thought. Overthrowing Moammar Gadhafi could be just the first step down a longer road of building a new nation in Libya.

A difficult fact stands: Libya has been under the incredibly odd rule of Gadhafi since 1979, and establishing a new government will require a new system from top to bottom.

Gadhafi has no official position, yet he has ruled the country. His sons, likewise, have no titles yet are still granted authority. Also, “Gadhafi makes the key decisions, but there are no formal institutions through which he makes them," states a report from the Brookings Institution, a nonprofit public policy organization based in Washington.

The country's political system is a loose mishmash of socialist and Islamic theories written in Gadhafi's "Green Book," and its structure includes frequent shifting roles of his lieutenants. This likewise, "makes it difficult for outsiders to understand Libyan politics,” according to the Department of State (DOS) description of Libya.

Nation-building in Libya will mean not only reconstructing its political, social, legal, and economic systems; but also creating “for the first time of the kinds of rules, mutual obligations, and checks-and-balances that mark modern states and how they interact with their societies," said Dirk Vandewalle, of Dartmouth College in an April 6 testimony before the Senate Foreign Affairs Committee, according to a transcript.

Since 95 percent of the country’s income rests in oil and natural gas, distributing this economy and preventing it from falling into a single base of power will be necessary in order to prevent another dictator from rising, according to Vandewalle, author of "Libya Since 1969.”

Experience gained from nation-building in Iraq and Afghanistan could prove invaluable to Libya, but the undertaking is one the United States is wary to shoulder. The responsibility could fall on NATO, yet the reverberations of a changed focus could result in troops being shifted from efforts in Afghanistan—a move that would also impact U.S. operations there.

Libya does show promise, however, as its interim government, The Interim Transitional National Council, says it's ready to steer the country into elections and writing a constitution.

The council states on its website that the country is faced with two choices: “Either we achieve freedom and race to catch up with humanity and world developments, or we are shackled and enslaved under the feet of the tyrant Moammar Gadhafi where we shall live in the midst of history.”

A main concern is whether fighting will continue after Gadhafi is gone. This factor will mark the difference between requiring a military occupation to guard civilians from insurgent forces, or simply assisting building a system of governance.

The country is currently divided in more ways than one, facing not only opposing rebel and pro-Gadhafi forces, but also tensions between different tribal groups and even different provinces. The interim government, meanwhile, has “no clear true vision” on how to bring the opposing sides together, or how it will deal with those that supported the Ghadhafi regime, according to Vandewalle.