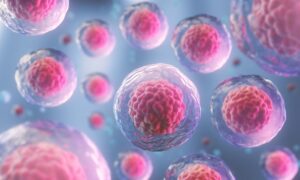 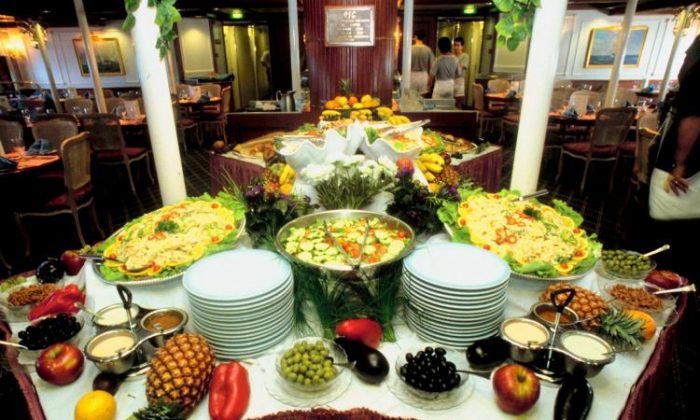 With this much food, it takes a lot of discipline not to overeat. (Photos.com)
Chinese Medicine

The Hidden Dangers of Overeating

Older generations say: “Eat only until 70 to 80 percent full.” It sounds simple, but it may just be part of the solution to fatty liver syndrome.

Fatty liver syndrome, as the name suggests, is the accumulation of fat in the cells of the liver that can sometimes damage liver cells. The damage is often considered insignificant, but may cause scarring, known as fibrosis, which may progress to cirrhosis, which impairs liver function.

Once fibrotic tissue has formed, it is hard to restore the liver back to its original state. You could talk about the breakthroughs in modern medicine, but there is not one single drug that is able to cure it.

Exercising, resting, and not drinking alcohol may all help fatty liver syndrome. However, it is only possible to stop the liver from further deterioration to more serious conditions such as cirrhosis.

Nowadays, the importance of proper eating is often overlooked. People don’t really pay attention to it. They’ll eat raw meat at barbecue restaurants or wherever they can get a better deal; they’ll go to buffets and eat their heart out because they have to get their money’s worth regardless of how sick they feel afterwards – this is a huge burden on the body.

According to Chinese medicine: “Thin people have heat, fat people have phlegm.” Phlegm is the excess mucus occurring in and secreted from the respiratory passages, mainly the lungs, throat, and sinuses. Chinese medicine calls it “congealed moisture,” and it opposes the body’s vital energy, or qi.

While qi is light and flowing, phlegm is just the opposite—thick and stagnating. Chinese medicine also holds that phlegm contains fat. Many weight-loss prescriptions in ancient Chinese medicine aimed at transforming or clearing phlegm, which is also the basis of treating fatty liver syndrome.

Drugs lower the body’s cholesterol and triglycerides, but do we have medicine to eliminate fat within the cells of the liver?

Chinese medicine uses meridian-guiding drugs, where drugs with the right pharmacological properties are transported to certain meridians to exert their intended effects. Meridians are the energy lines connecting the organs and limbs.

All organs and meridians have their own meridian-guiding drugs. For example, liver drugs include Chinese thorowax (Bupleurum chinense), the root of the large-flowered Baikal skullcap (Scutellaria baicalensis), and oyster shells.

If we combine drugs that clear phlegm with drugs that transform phlegm and use meridian-guiding drugs to guide it to the liver, then we can get rid of the fat in the liver. Once the phlegm has been cleared, on examining the liver, the fatty substances in the liver will have decreased.

The liver itself may look different; you can see it change slowly. How to treat fatty liver syndrome? A balance of rest and exercise. Ancient books say that you must go to sleep before 11 p.m.

Rest, exercise, and eat a little less—eat only until you are 70 to 80 percent full. That is the best way to stay healthy.

By Dr. Hu Naiwen with additional reporting by April Holland