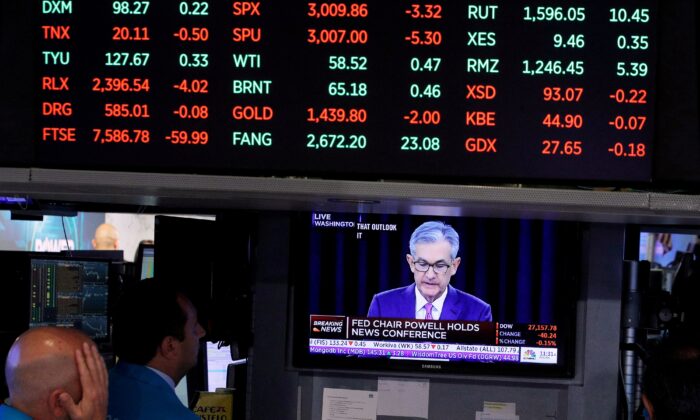 The Heavyweight Battle Royale 14 Years in the Making

Welcome to the throwdown match for the heavyweight championship of the U.S. economy.

In the blue corner, the undisputed heavyweight champion of deficit spending.

For over 50 years they have been victorious, dominating all fiscal conservative challengers. Racking up major victories over the gold standard and amassing a record of $30 trillion and zero…

The Tale of the Tape

The promise was it would fix our crumbling roads and sagging bridges and create good equitable jobs for upwards of a million people.

These are not unworthy goals. If you scan through the bill you’ll find the following earmarks:

● $110 billion of new funds for roads, bridges, and “major projects” (leaving ample wiggle room for discretion).
● $55 billion to expand access to clean drinking water.
● $65 billion to help ensure that every American has access to reliable high-speed internet.
● $89.9 billion in guaranteed funding for public transit.
● $17 billion to port infrastructure and waterways and $25 billion for airports to address repair and maintenance backlogs.
● $66 billion in additional rail funding to eliminate the Amtrak maintenance backlog.
● $7.5 billion to build out a national network of EV chargers.
● $73 billion to invest in clean energy transmission.
● $50 billion to protect against droughts, heat, floods and wildfires, in addition to a major investment in weatherization.
● $21 billion clean up Superfund and brownfield sites, reclaim abandoned mine land and cap orphaned oil and gas wells.
● $11 billion for transportation safety programs, including a new “Safe Streets for All” program to help states and localities reduce crashes and fatalities in their communities.
● $39 billion of new investment to modernize transit, and improve accessibility for the elderly and people with disabilities.
● $2.5 billion for zero emission buses, $2.5 billion for low emission buses, and $2.5 billion for ferries.
● $21 billion in environmental remediation, the largest investment in American history to address the legacy pollution that harms the public health of communities and neighborhoods.

At the time the legislation was passed, the government had already pumped upwards of $4.5 trillion in COVID relief funds into a struggling economy. That financial stimulus sparked spiraling inflation but apparently adding another trillion was no problem for a majority in Congress.

It was expected that the money could start being released within six months. Funding that was available to go through “formula fund programs” that are already in place will hit the economy more quickly.

The rest would be spent through competitive grant programs for which, according to CNN, “The department (of transportation) is also planning on hiring more staff to help stand up the new grant programs.” The money for those new hires is apparently in BBB.

You know it’s a lot of money when you need to hire people to help you spend it.

This at a time when we’re purportedly at full employment.

In any case, the trillion-plus is on its way.

In the other blue corner, please welcome the challenger.

Weighing in at 98 pounds soaking wet but sporting a reach across the entire U.S. banking system, with a record of 97 and 3 with its last loss way back in 2008.

Give it up for the master of plunge protection… Fed Chairman Jerrrrroooooooommmmme Pooooooweeellllll.

The Federal Reserve is now battling an opponent it hasn’t faced in literally 50 years. Reining in serious, runaway inflation.

Economic lockdowns have crippled the supply side of the economy resulting in skyrocketing prices—everything from cars to hamburgers—for the items you can still find in stock. The most recent CPI report indicated inflation running at near 7 percent.

Pay attention folks, this is no longer a drill.

At his post-FOMC meeting press conference, Powell seemed willing to suggest that the gloves were coming off in his rumble with inflation, saying the economy no longer needed high levels of policy support.

His corner man, Dallas Fed President Richard Fisher, seemed to back him up, “the market has been wearing beer goggles for the longest possible time … and they just assume the Fed’s going to bail them out. I think the strike price on the Fed put has moved significantly.”

So here we are.

Another trillion-plus of “government” money is about to hit the economy. While at the same time the Fed is ready to ratchet rates higher hoping inflation will tap out.

Does it make sense when we’re damn near full employment and inflation is targeting levels we haven’t seen in nearly 50 years, for the government to “stimulate” the economy at all?

A Lesson From an Old Heavyweight Champ

Fed Chairman Paul Volcker showed us what it takes to land a serious punch when fighting inflation. You need to come out swinging.

Volker moved rates from low single digits to almost 20 percent to put inflation on the mat.

Slowly raising rates is like dancing around the ring without landing a glove on your opponent… and the Fed will lose if that’s the fight strategy they choose.

If, on the other hand, they step into the ring like Paul Volcker, a knockout of inflation is more likely… but the stock and bond markets will get pummeled as well.

It’s a fight they’ve been spoiling for after 14 years of artificially low rates. And there won’t be any split decisions.