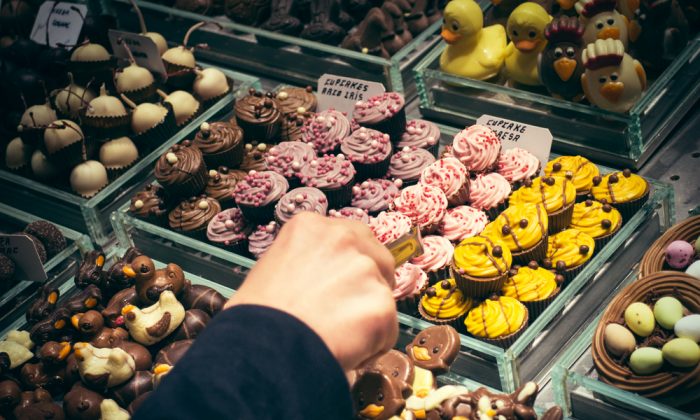 The Good and Bad of Easter Eggs, Chocolate and Hot Cross Buns

Australians love Easter but it seems we love Easter eggs more, spending more than A$185 million on chocolate over the holiday break.

Painted or dyed eggs were given traditionally at Easter to symbolise new life. Chocolate Easter eggs first appeared early in the 19th century, followed by hollow Easter eggs in 1875, when manufacturing advances allowed chocolate to flow into moulds.

These days we don’t have much restraint when it comes to eggs made out of chocolate, but how many regular hen eggs are okay to eat? And what about the other Easter favourite: the hot cross buns?

While the reviews disagree on whether egg consumption increases the risk of heart disease in the general population, they both found that people with diabetes who consumed a lot of eggs had a greater risk of developing heart disease.

However, recent research shows that it is what you eat with your eggs that matters most. In a study of 19,000 adults in the United States, eating eggs was associated with eating more fast foods (think egg and bacon breakfast muffins) and having a bigger waist circumference.

Although the jury is out on whether chocolate causes acne until better studies are done, it appears there are some health benefits from eating chocolate.

One team of Australian researchers looked at whether it would be cost effective for those at risk of metabolic syndrome to eat dark chocolate in order to combat heart disease. Wishful thinking, you might say.

They found some benefit, but GPs shouldn’t start writing scripts for chocolate just yet. They estimated that you would have to have 10,000 people eat 100 grams of dark chocolate a day (which is a lot) for over ten years in order to lower blood pressure and blood cholesterol enough to prevent 85 heart attacks and strokes. And that’s a best-case scenario.

In a large review of 42 studies that lasted up to four months, researchers found some health benefits, such as reduced blood pressure, in studies where people drank cocoa drinks (21 trials), ate dark or milk chocolate (15 trials) or had other cocoa products.

When trials were added together in a meta-analysis there were significant but small improvements in blood flow (measured by flow-mediated dilatation, which indicates how flexible your blood vessels are), both two hours after consuming chocolate or cocoa and in the studies that lasted up to four months.

A Cochrane review also found that consuming chocolate and cocoa reduced blood pressure by two to three millimetres of mercury (2-3 Hg) in short-term studies over only two weeks.

But they concluded that longer-term evaluations were needed to assess the impact of chocolate on outcomes such as the incidence of heart attacks and stroke.

Hot cross buns used to be baked only on Good Friday, as a symbol of good luck or to ward off evil. These days they begin to appear in supermarkets before you have packed away the Christmas tree.

Hot cross buns are made from refined white flour, so there is no good news there. The protective qualities of grains in terms of reducing your risk of type 2 diabetes, heart disease and colon cancer have only been found for the regular consumption of whole grains.

If you love hot cross buns, you could justify eating a few extra ones by citing the anti-inflammatory, antimicrobial, antioxidant, anti-tumour and anti-diabetes properties of spices such as cinnamon.

But consider this: the average 80-gram hot cross bun contains 1,070 kilojoules. When you add one teaspoon of margarine (135kJ) and two teaspoons of jam (160 kilojoules), this takes it up to about 1,365 kilojoules.

To walk off the kilojoules in that tasty bun you will need to take about 8,200 steps. That will give you plenty of time to get out in the fresh air and enjoy your time off over Easter.

*Image of “chocolate” via Shutterstock