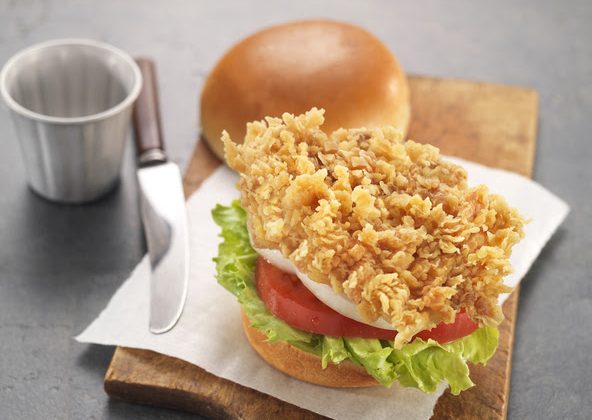 Eating out is a part of American life and becoming more so year-by-year, according to the U.S. Department of Agriculture.

But the next time you have a craving for a burger or chicken sandwich, ask if the meat and poultry served at the fast food chain is antibiotic free. Knowing whether or not the meat you eat comes from animals fed antibiotics is important.

The reason why is simple: antibiotic resistance.

About 80 percent of all antibiotics used in the United States are given to farm animals, according to the U.S. Food and Drug Administration. Antibiotic resistance is becoming more frequent. The World Health Organization classifies it as “one of the biggest threats to global health, food security, and development today.” WHO cites the “misuse of antibiotics” among animals as one of the main causes of antibiotic resistance.

Antibiotic resistance can make infections untreatable as the bacteria have encountered antibiotics enough to adapt and become resistant. This then forces doctors to prescribe stronger or different antibiotics, which can be hard on a patient.

The good news is that many fast foods have pledged to go antibiotic free. Fourteen of the top 25 companies surveyed in 2017 have taken at least some steps to limit antibiotic use in some or all of their supply chains.

Antibiotic resistance can make infections untreatable as the bacteria have encountered antibiotics enough to adapt and become resistant.

The 14 companies account for two-thirds of all fast food industry revenue. The survey, conducted by Consumers Union, also found that five companies made a commitment for the first time to limit antibiotic use. They include KFC, Burger King, Starbucks, Dunkin’ Donuts, and Jack in the Box.

Most of the progress made by fast food companies to decrease or eliminate antibiotic use among their supply chains has been in chicken production, the survey found. That is big progress considering that a quarter of all chicken produced in the United States is sold at fast food restaurants.

There are a few companies that already follow better practices. Chipotle and Panera Bread serve pork, beef, and chicken from animals raised without antibiotics. Both companies earned an “A” grade from the Consumers Union report compiled from the survey. Subway adopted an antibiotic policy that addresses antibiotic use in meat and poultry. However, implementation of the policy in pork and beef is on a timeline, which is why the company earned a “B” grade.

Nationwide fast food chains are not the only ones to set an antibiotics policy. Pollo Tropical, a chain in Florida and Georgia owned by Fiesta Group, recently announced that all of its chicken menu items will be made with antibiotic-free chicken. The chain will be informing its customers of the change “through all forms of advertising, social media, and in-store communication,” said Fiesta Restaurant Group President and CEO Rich Stockinger.

Jack in the Box, a West Coast fast food chain, committed to phasing out the use of antibiotics from its poultry supply chains by 2020. Shake Shack, a chain in the Northeast and Florida, sources beef, pork, and poultry from antibiotic-free suppliers.

Gina-Marie Cheeseman is a freelance writer. This article was originally published on NaturallySavvy.com