When one physician discovered that the smallpox vaccine didn't affect everyone in the same way, vaccines made a leap forward.(Akarawut/Shutterstock)
Mind & Body

The Evolution of the Vaccine

Vaccines began over 200 years ago with an observation about milkmaids
BY Peter Weiss
TIMEDecember 15, 2021

The evolution of the vaccine is a long and convoluted story of infectious diseases that have afflicted the human race since the beginning of time and will continue to do so for a very long time to come.

Its origin comes from the Latin word for cow: vacca. Credit for the use of the term vaccine was given to a British physician in 1799, Dr. Edward Jenner. He made a fascinating observation that milkmaids who were infected with cowpox were immune to smallpox epidemics that regularly afflicted residents of his parish. The pox virus can affect many different species. Cowpox for cows, smallpox for humans.

Legend has it that he heard a milkmaid bragging that she would never get the ugly facial pockmarks of smallpox. In 1796, Jenner gave a patient a “vaccine” from the cowpox in an attempt to protect against smallpox. (Things were done quite differently back then.) He took the pus from a woman infected with cowpox and then introduced that fluid into a cut he made in the arm of an 8-year-old boy. Interestingly, that boy survived and even attended Jenner’s funeral many years later.

Over a two-year period, Jenner inoculated 23 patients. This became the accepted method to prevent smallpox. While Jenner is credited with this advancement, inoculation was done earlier by other physicians using a similar but less effective and riskier technique called variolation. Variolation used pus from a patient with actual smallpox (hopefully, a mild case) with the hope of inoculating an uninfected person.

It’s also noted that the Chinese performed inoculations as early as the 11th century. As in other things in life, credit is often given to the one with the loudest voice at the time.

Benjamin Franklin wrote in his autobiography:

“In 1736 I lost one of my sons, a fine boy of four years old, by the smallpox taken in the common way. I long regretted bitterly and still regret that I had not given it to him by inoculation. This I mention for the sake of the parents who omit that operation, on the supposition that they should never forgive themselves if a child died under it; my example showing that the regret may be the same either way, and that, therefore, the safer should be chosen.”

Gen. George Washington made a controversial decision to order mass smallpox inoculations for all of his troops in 1777, at a time when an estimated 90 percent of deaths were from infection and disease. The most deadly was that from smallpox, according to the Library of Congress. An interesting side note is that most British troops had immunity to variola, which protected them. Washington’s plans contraindicated a 1776 proclamation by the Continental Congress prohibiting inoculations, according to Janet A. Aker. In 1801, President Thomas Jefferson declared smallpox vaccination one of the nation’s first public health priorities.

For more than 80 years, vaccination referred mostly to smallpox prevention.

In 1885, Louis Pasteur developed what he called a rabies vaccine. It was actually an anti-rabies toxin, but the use of the term vaccine stuck and was no longer just related to cowpox.

The origin of the vaccine is by no means a commentary on today’s use of the term and has zero reflection on the new COVID vaccines. I’ll touch on that at the end.

Getting back to Franklin and his decision not to inoculate his son who died from smallpox, it wasn’t such an easy decision then. As today, and back then, take the vaccine and live, don’t take it and die, wasn’t the rule of thumb. Life would be so much easier if all choices were so stark.

A fascinating article published in Quality and Safety in Health Care, “Making the Right Decision: Benjamin Franklin’s Son Dies of Smallpox in 1736,” is worth reviewing. The bottom line, there was a risk from the inoculation, a risk from contracting smallpox, as well as a choice of just leaving town to ride out the epidemic. These epidemics returned every few years. The difference back then is that roughly 15 percent of those afflicted died in the smallpox epidemic of Boston in 1721, which came out to about 8 percent of Boston’s population.

Infectious diseases such as smallpox ravaged the nation and the world. (As an aside, the World Health Organization declared smallpox eradicated in 1980.)

Another epidemic raised its ugly head in 1894 as the polio curse spread across the land. Before becoming president, Franklin Roosevelt contracted polio in 1921. Polio, also known as poliomyelitis or infantile paralysis, affects the motor neurons of the central nervous system and can result in paralysis and death. Polio was spread from human to human by the fecal-oral route, from contaminated stool, then to the hand, and then to the mouth. Polio was rampant in the 1940s and was putting fear into every household. Seventy-two percent of children remained asymptomatic, with less than 1 percent developing acute flaccid paralysis, and some having partial effects.

According to a recent article published in Infectious Disease Consultant, “A Tale of Two Viruses: Poliomyelitis and COVID-19” makes some interesting observations. The government at the time, in the 1940s, tried to contain it.

“In an attempt to control this illness, health officials instituted sanitation rules: Avoid open drains, avoid unscreened windows, reduce public exposure, and stay away from crowds. Public pools were shut down, movie theaters were closed, and schools and summer camps were suspended.”

Dr. Jonas Salk developed the polio vaccine and inoculated his family in 1953. A massive vaccination of all children in the United States was started. I remember getting mine as a child.

What are the main differences then and now? The bottom line, each of us needs to make a decision based on what is best for us. Benefits versus risks. It’s very simple. Adults are easy, we can make those decisions for ourselves.

Smallpox, polio, measles, mumps, and rubella vaccines protect the child from a disease that can seriously affect that child, which stands in contrast to the risk posed to children from COVID-19. Children didn’t get those vaccines to protect someone else (even though it may have). Each vaccine given to a child needs to answer the basic question: Is this good for my child? 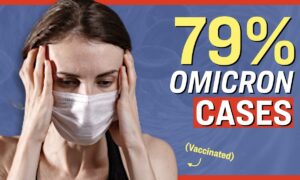 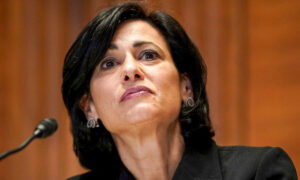 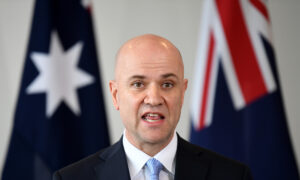