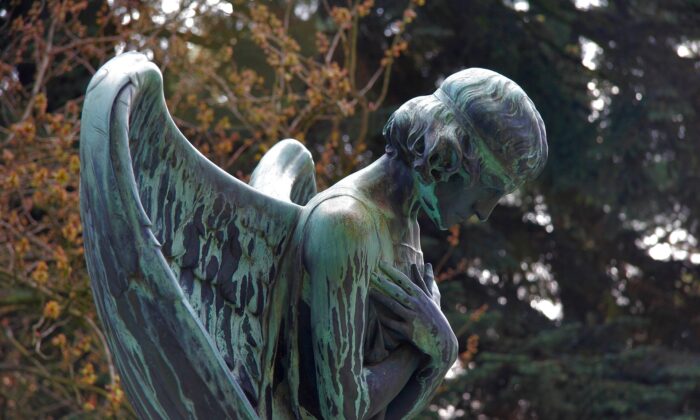 In May 2003, the “International Trade and Business Law Annual,” of which I was founding editor-in-chief, published an article on Belgium’s new euthanasia laws, which were passed on May 28, 2002.

Written by Prof. Walter De Bondt of the University of Ghent, it provided an overview of one of the earliest iterations of voluntary assisted dying (VAD) law—only the Netherlands’ legislation preceded the Belgian law.

The Belgian Act on Euthanasia, which entered into force on Sept. 22, 2002, defines euthanasia in Article 2 as “intentionally terminating life by someone other than the person concerned, at the latter’s request.”

Article 14 explicitly states that a medical practitioner may not be compelled to perform euthanasia.

Article 15 indicates that “A person who dies as a result of euthanasia performed in accordance with the conditions specified in the Euthanasia Act, is considered to have died from a natural cause with regard to the execution of agreements to which he was a party, and notably, the insurance agreements.” The Act then goes on to describe the euthanasia procedure in detail.

Voluntary Assisted Dying legislation, once it is adopted and implemented, becomes nigh impossible to repeal.

Indeed, the only discussion surrounding such legislation is likely to deal with how the law could be further liberalised.

The Belgian law illustrates the validity of this view: the Act has since been amended even to allow children to apply for euthanasia. This amendment was passed on Feb. 13, 2014, and it legalised euthanasia by lethal injection for children, removing any age barrier to this practice.

This culture of death has now been detailed in a thoughtful new book by Australian Reverend John Fleming, entitled “To Kill or Not to Kill: Euthanasia in a Society with a Cultural Death Wish.” This book is a meticulous defence of the sanctity and inviolability of life and a powerful argument against society’s adoption of a culture of death.

The book is a veritable treasure trove, which offers an in-depth discussion on a range of relevant issues against which the adoption of euthanasia laws is considered and assessed.

Fleming aptly notes that “euthanasia as an issue is just a part, but a representative part, of the determination of certain élites to de-Christianise Western societies, to rid society of the most important ingredients of civil society.”

He argues that VAD laws create a slippery slope that frustrates any attempts at reversing the practice and, in turn, stimulates “demand” for euthanasia. As William Tighe writes in the foreword, the book explores the entire expanse of “legal, medical, philosophical, religious and social contexts in which advocacy for legally-permitted euthanasia has become a widespread and successful reality in the world today.”

Tighe’s admission of how “successful” the practice has spread assumes it is also popular.

There is no doubt that many in Belgium favour the adoption of such a law. Whenever I talked to family members in Belgium, they all displayed indignation when I even dared to question the morality of euthanasia. They consider VAD to be a sacred right, enabling them to assume total control over their bodies and decide how and when to die.

In chapter nine of his book, Fleming compellingly describes the slippery slope generated by the adoption of the Belgian legislation in 2002.

He says the problem is compounded when lethal doses are often administered without an explicit request from the patients, and when doctors fail to report euthanising an individual to the overseeing Federal Commission on Control and Evaluation because they do not believe they have carried out the practice.

The right to die is not found in international human rights instruments, which in contrast, emphasise the right to life.

Article 6 (1) of the United Nations’ International Covenant on Civil and Political Rights stipulates accordingly that, “Every human being has the inherent right to life. This right shall be protected by law.”

Disturbingly, the trust that indeed must exist between patients—especially older or vulnerable patients—and their doctors will be severely tested, because it can no longer be assumed that doctors will work to prolong the life of a patient with palliative care options.

Timothy Costelloe, archbishop of Perth, asked in a letter whether it was “ever ethically permissible to deliberately end one’s own life, to ask another person to help you do so, or to intentionally assist another person to do so?”

In this context, Fleming reminds readers that the right to life is an inalienable right and that the survival of our civilisation depends on maintaining the moral rule that one does not kill. The slippery slope created by the political class is a harbinger of the moral collapse of Western civilisation.

Since the 1970s, there has been a relentless march to permanently change the moral standards that for hundreds of years held our societies together. This march is exemplified by the abortion industry, transgender rights, and VAD legislation—now enacted everywhere in Australia, except New South Wales and the territories.

These developments assume that people have the right of full autonomy over their bodies, while at the same time, defying centuries of tradition that sought to preserve the sanctity and inviolability of life.

Social commentator Paul Collits, in his review of Fleming’s book, said it was a work of “immense scholarship, broad interdisciplinary research, political awareness and razor-sharp focus, leavened with a practitioner’s worldly wisdom and political nous. Fleming’s conviction, above all, is that good arguments matter in critical debates, even in this age of superficial soundbites, clichés, and focus-group-driven politics.”

A reading of the book confirms the veracity of Collits’ assessment.

Indeed, the publication of Fleming’s book is an important and timely event that highlights the devastation wrought by the de-Christianisation project.

The book should be promoted and read widely. It is a timely reminder that Western civilisation, scarred by many decades of continuing moral decay, has created a slippery slope that generates an irreversible demand for the business of assisted dying.