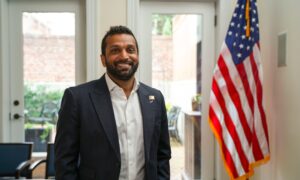 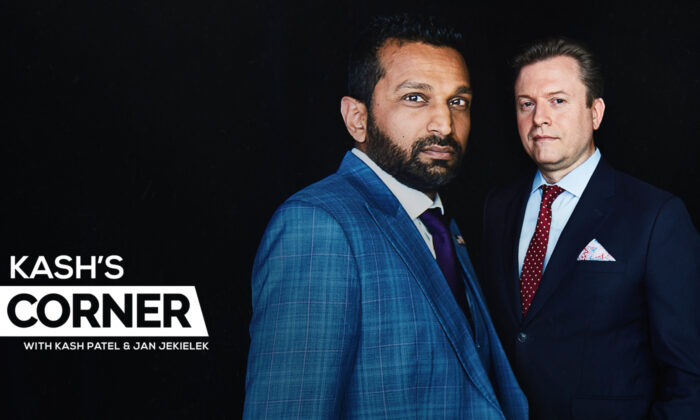 EpochTV is premiering a new show “Kash’s Corner” featuring Kash Patel. Epoch Times senior editor Jan Jekielek will sit down every week with Patel, who gives his insider take on current affairs and major issues—from the evolving Israel–Hamas conflict to the intelligence community’s investigations into the origins of COVID-19, the disease the CCP (Chinese Communist Party) virus causes.

The first episode: Inside the Israel-Hamas Conflict and Politicization of National Security [Teaser]

He was the investigator who uncovered key parts of what could be considered one of the biggest scandals in American history—surveillance of a presidential campaign and then-sitting president on the basis of unverified and highly suspect research by the opposing campaign.

Patel is most well-known for his work on the House Intelligence Committee, leading Rep. Devin Nunes’s (R-Calif.) investigation into allegations of Trump-Russia collusion. A former Justice Department terrorism prosecutor, he was personally recruited by Nunes, and he would play a critical role uncovering the FBI’s abuses and beyond, a major scandal later dubbed “Spygate.”

Patel has held key roles across a large swath of America’s national security apparatus. He led counterterrorism efforts at the National Security Council—where he oversaw the elimination of ISIS and al-Qaeda leadership like Abu Bakr al-Baghdadi and Qasem al-Rimi. He also served as the right-hand man to then-Acting Director of National Intelligence Richard Grenell, chief of staff to then-Acting Secretary of Defense Christopher Miller, and was at one point the presidential aide responsible for the nuclear football.

New episodes of “Kash’s Corner” will be released every Friday at 8 p.m. ET—exclusive on EpochTV.