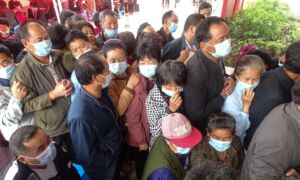 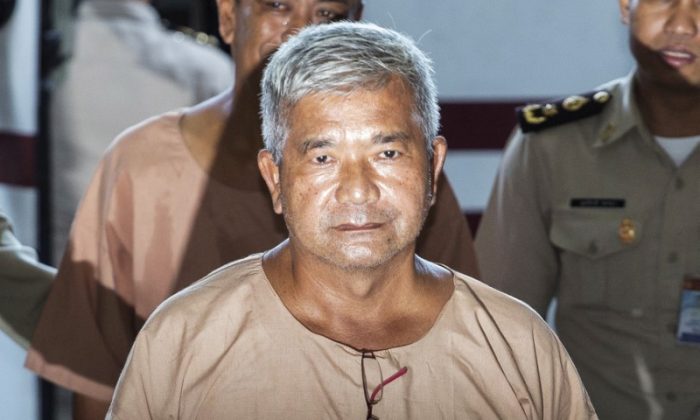 BANGKOK—An army general, two provincial politicians and police officers were among the 46 people held guilty on Wednesday by a judge in Thailand’s biggest human trafficking trial, from a total of 103 defendants, with judgments expected to run late into the day.

Some of those found guilty of trafficking were also convicted of taking part in organized transnational crime, forcible detention leading to death, and rape.

Thailand’s lengthy legal procedure in delivering verdicts means it may take hours before the judge reveals the exact sentences of those convicted to a packed court in Bangkok, the capital.

The defendants, among them Myanmar nationals, are accused of smuggling and trafficking migrants on the Thai-Malaysia border.

Prime Minister Prayuth Chan-ocha, head of the ruling junta, asked Thais not to blame the trafficking on military figures, a reference to the army general on trial, Manas Kongpan, the most senior of the officials arrested in 2015.

“There are many people in this human trafficking network,” Prayuth told reporters. “Don’t group all soldiers in the country as one.”

The two convicted politicians, from provinces in the south, are Patchuban Angchotipan – a former official in the Satun provincial government better known as “Big Brother Tong”, and Bannakong Pongphol, a former mayor of Padang Besar in Songkhla.

The trial began in 2015 after a Thai crackdown on trafficking gangs following the gruesome discovery of dozens of shallow graves near the Thai-Malaysia border that authorities said was part of a jungle camp where traffickers held migrants as hostages until relatives were able to pay for their release.

Many never made it out. Some of the dead are thought to have been Rohingya – a persecuted Muslim minority from Myanmar’s troubled Rakhine State – although Thailand has yet to release a full report on the graves and the results of post-mortem forensic testing.

The trial has been marred by allegations of intimidation of witnesses, interpreters and police investigators.

“We believe the crackdown is only a disruption of a trafficking network but that network is still very much well in place,” Amy Smith, an executive director of rights group Fortify Rights, told Reuters.

Of the 22 verdicts read out during the court’s early morning session, only one person was found not guilty.

Sunai Phasuk, senior Thai researcher for Human Rights Watch, said the death penalty could be the heaviest sentence for those convicted of trafficking.

“The fact that there are very senior officials charged with this crime will help deter criminals in trafficking networks in the future,” Sunai, who observed the court proceedings, told Reuters.

Thailand has historically been a source, destination and transit country for men, women and children who are often smuggled and trafficked from poorer, neighboring countries including Cambodia, Laos and Myanmar to work in Thailand or further afield in Malaysia, often as laborers and sex workers.

Last month the U.S. State Department left Thailand on a Tier 2 Watchlist, just above the lowest ranking of Tier 3, in its annual Trafficking in Persons (TIP) Report, because the country did not do enough to tackle human smuggling and trafficking.