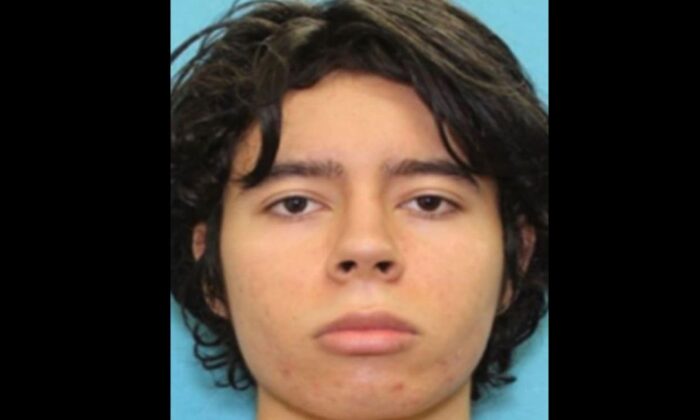 The man who officials say carried out the massacre at an elementary school in Texas in May asked relatives to buy him weapons before he turned 18, according to a new investigative report.

“Various members of the attacker’s family were aware during the time leading up to the attacker’s 18th birthday that he was estranged from his mother and that he had asked for help in buying guns through straw purchases that would have been illegal. Family members uniformly refused to buy guns for him,” stated the report released by the Texas House Investigative Committee on the Robb Elementary Shooting.

After the man turned 18, his grandparents and other relatives “became aware that the attacker had bought guns,” according to the report. “The grandparents demanded that the guns be removed from their home.”

The family of Salvador Ramos, who law enforcement officials identified as the man who opened fire at the elementary school on May 24 before being shot dead, could not be reached.

The 77-page report primarily focused on the series of failures by law enforcement officers to confront Ramos, who entered an unlocked door before going into a classroom and killing 19 students and two teachers.

It took one hour and 17 minutes for law enforcement to assault the classroom and take down the shooter, according to an earlier report. Surveillance footage from inside the school showed officers standing around.

The shooter lived at home and worked briefly at Wendy’s and Whataburger, according to the new report. He also occasionally worked for his grandfather’s air conditioning business.

Ramos was described as living at home and hoarding money, telling acquaintances that he was “saving for something big” and that they would all see him in the news one day. Relatives thought he wanted to save up for an apartment or a car. But in late 2021, he began ordering gun accessories such as rifle swings, and as soon as he turned 18—one week before the shooting—he bought two rifles.

Ramos spent $2,054 on a semi-automatic rifle, which he picked up on May 17, and another $1,081 on a second gun, which he picked up the following day. He also bought over 1,700 hollow point rounds, an additional 375 rounds, and a holographic sight, which store workers installed on one of the guns on May 20.

The owner of the gun store said the man struck him as an “average customer with no ‘red flags’ or suspicious conditions.” He recalled asking Ramos how Ramos could afford spending thousands of dollars on guns, and was told he had saved up for the purchases. Other patrons, though, told the FBI after the shooting that Ramos was “very nervous looking” and “appeared odd and looked like one of those school shooters.”

The shooter was driven the first time to the store by an uncle, who said he did not know where they were going. The store is connected to a restaurant, and the uncle thought his nephew was hungry. But when the man returned with the gun and no food, the uncle was disabused of the notion.

It remains unclear who drove Ramos to the store the next time, but the uncle drove him again on May 20 after Ramos said he needed to pick up ammunition he bought online.

“The uncle said he did not see what was in the attacker’s package, and he was too unfamiliar with firearms to know what might have been inside. It is now known that the package contained the second, more expensive rifle used in the shooting,” the report stated.

The shooter’s grandmother and cousin both told Ramos he could not keep the guns at the house they were all living in, and the uncle agreed to keep the rifle that was purchased first at his home. The uncle thinks Ramos snuck it out several days later.

Ramos hid the second rifle outside his grandmother’s home, where he moved after getting into an argument with his mother, but brought it inside the night before the shooting, according to text messages he sent.

Before traveling to the elementary school, Ramos shot his grandmother in the face and stole her truck. The grandmother survived, with severe injuries.