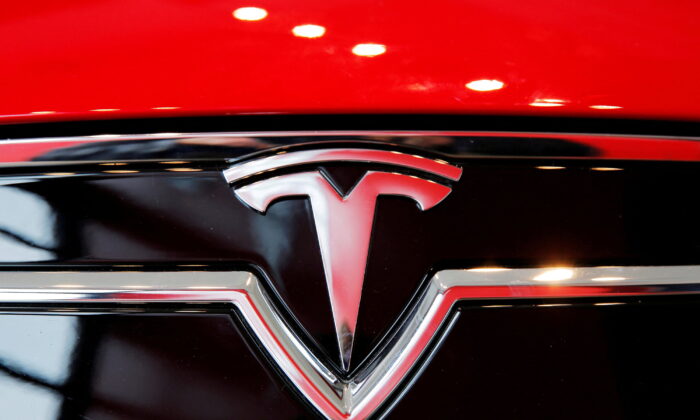 A Tesla logo on a Model S is photographed inside of a Tesla dealership in New York on April 29, 2016. (Lucas Jackson/Reuters)
China Business & Economy

SHANGHAI—Tesla in June achieved its highest monthly sales of China-made vehicles since opening its Shanghai plant in 2019, data showed on Friday, as the U.S. carmaker ramped up output which had been hit by the city’s COVID-19 lockdown.

COVID-19 restrictions in Shanghai in the April-June quarter had hobbled Tesla’s output there while its new factories in Berlin and Texas struggled to increase output.

CEO Elon Musk had urged staff to work harder to make up for the losses at the end of the “very tough” quarter after China’s zero-COVID lockdowns caused deeper disruptions to output than he had predicted.

The Shanghai plant, which manufactures Model 3s and Model Ys, reopened on April 19 but only resumed full production in mid-June.

Sales of electric cars accounted for 27 percent of the total in June and increased 130.8 percent, CPCA added.

BYD, which makes both pure electric cars and plug-in hybrids, led the EV players with 133,762 cars delivered in June.