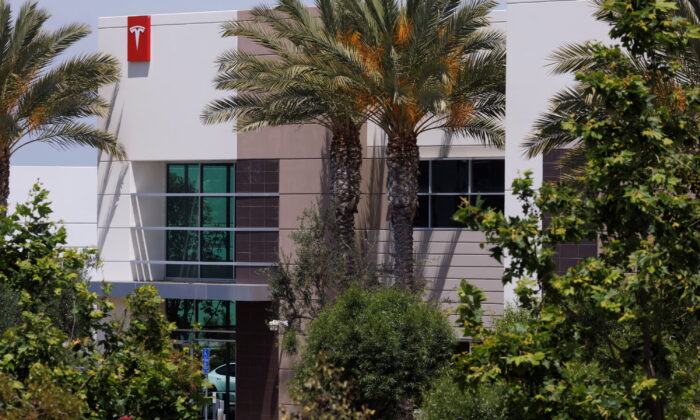 SAN FRANCISCO—Tesla has cut job postings by 14 percent since Chief Executive Elon Musk warned he was worried about the economy, needed to reduce staff and would pause hiring worldwide.

Tesla’s actions are a concerning sign of the health of the global economy as markets contract, inflation soars, and recession worries run rampant.

The number of job listings on Tesla’s website has dropped to 5,011 from 5,855 at the start of the month, according to data provided to Reuters by Thinknum Alternative Data. Listings are down 32 percent from a recent high on May 21.

In addition, about 20 people identifying themselves as Tesla employees said they were laid off, let go, or had positions terminated in the past week in online postings and interviews with Reuters. That is a tiny number compared to the size of Tesla’s workforce, but several described being part of a 10 percent job reduction, signaling that the company is indeed laying off workers.

Other Tesla workers cited a sense of uncertainty over how job cuts would be implemented and said Musk’s order earlier this month that they return to the office and stop working remotely had made their positions untenable.

Tesla did not respond to Reuters’ request for comment.

The full scope of the job reductions and to what extent those cuts have been offset by additional hiring was not immediately clear, and Tesla remains a sought-after employer with a climate-focused mission and a record of innovation that has fueled rocketing vehicle sales.

Tesla, which had about 100,000 employees globally at the end of last year, also canceled three online recruitment events for China that had been scheduled this month.

Tesla has continued to hire in some areas, including Germany, where Tesla is ramping up production on a delayed electric vehicle factory near Berlin. The regional economy minister for Brandenburg, the state where the plant is located, said earlier this week that Tesla was hiring 500 to 600 new workers per month and had recruited about 4,500 people so far.

Musk told Tesla executives in an email on June 2 seen by Reuters he had a “super bad feeling” about the economy and that the company needed to cut staff by about 10 percent and “pause all hiring worldwide.”

He followed up the next day with a note to all employees saying 10 percent job cuts would apply to salaried workers, not hourly workers. And on June 4 he said in a tweet that over the next 12 months salaried worker headcount would remain the same and total headcount at Tesla would likely increase. Musk’s warning about the economy was read by analysts as a warning for the broader auto sector, which has seen strong demand relative to production despite two years of global pandemic and increasing concern of the risk of recession.

Tesla has achieved record deliveries and earnings despite supply chain constraints, but a lockdown in Shanghai cut production. Its share price also has dropped 40 percent this year, partly because of concerns by Tesla investors about Musk’s offer to buy Twitter. Others found evidence that Tesla had pulled back on job postings in recent weeks. Hedge fund Snow Bull Capital calculated a 24 percent drop in Tesla job postings globally in the first week of June, and a 12 percent decrease in the second week of June.

Julian Cantu, who had been working for Tesla for over a year in Austin, Texas, said that he was told that his job had been eliminated. “I didn’t necessarily think it would happen to me,” said Cantu, who was paid on an hourly basis.

Cantu told Reuters that several other members of his team had also had their jobs eliminated. Some of them had moved to Texas to work for Tesla, he said.

Others who have left Tesla include the company’s country manager in Singapore, the company’s senior representative in India, a market it has suspended plans to enter, and a senior manager at Tesla’s Texas factory.

Two days before his job warning, Musk said in a company email that he would fire workers who did not return to the office, saying making the most exciting products “will not happen by phoning it in.”