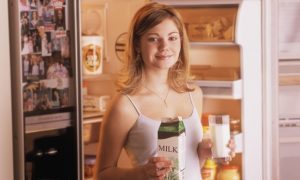 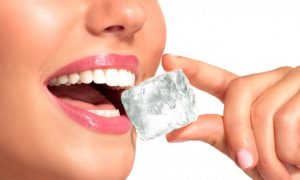 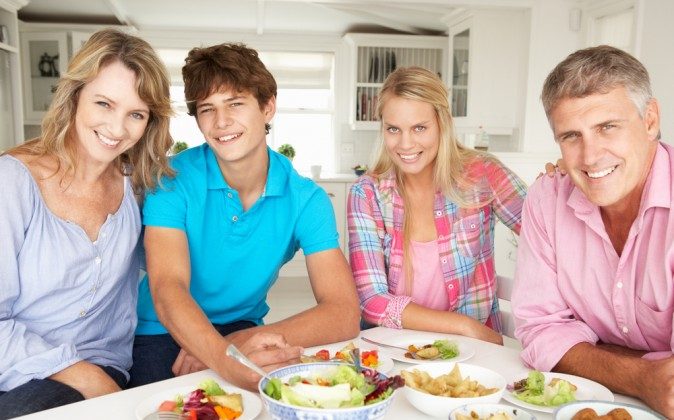 Teens Eat Better If Parents Are Home for Meals

Teens whose parents spend breakfast and dinner time at home generally eat healthier diets than most adolescents, say researchers. Those teenagers also have, in some cases, better exercise habits.

Parents’ work schedules may be even more important than the number of hours the parents spend at work, says Molly Martin, associate professor of sociology and demography at Penn State.

For example, parents who spend time with their adolescent kids after school may increase the likelihood that those children will eat regular dinners, according to the researchers. Adolescents having mothers who stay home before school are more likely to eat breakfast.

“Eating at home can help control portion sizes, for example, and if they don’t eat breakfast at home, they might be more likely to eat junk food later in the day,” she says.

Eating a regular breakfast is an important habit for parents to instill in their children, says Martin, who adds that it can have long-term health benefits.

“Most parents might not consider eating breakfast as a health-related behavior, but it is one of the most important meals that helps kids maintain metabolism throughout the day,” Martin says. She adds that children, particularly daughters, who watch their parents skip breakfasts may be more likely to do the same.

A father’s availability at home may also play an important role in influencing healthy weight behaviors, according to the researchers, who reported the findings at the annual meeting of the American Sociological Association.

When fathers were at home, their children were more likely to eat fruit, Martin adds.

“It’s probably not an entirely conscious decision parents make to spend time with their children to improve their children’s eating habits,” Martin says.

“Parents want to spend time with their children and are feeling more of a societal push to do so, so they often choose times around their work schedules and their children’s school hours.”

Economic and social changes, such as flexible work schedules, telecommuting, and greater social expectations that parents will spend more time with their kids, have increased parental availability to children.

The researchers studied data of 16,991 adolescents from the National Longitudinal Study of Adolescent Health. The data set is one of the few that allowed the researchers to examine parental availability and adolescents’ eating habits.

From Penn State via Futurity.org

*Image of “family dinner” via Shutterstock