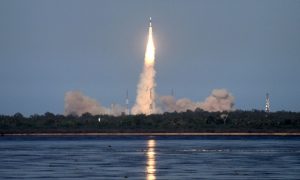 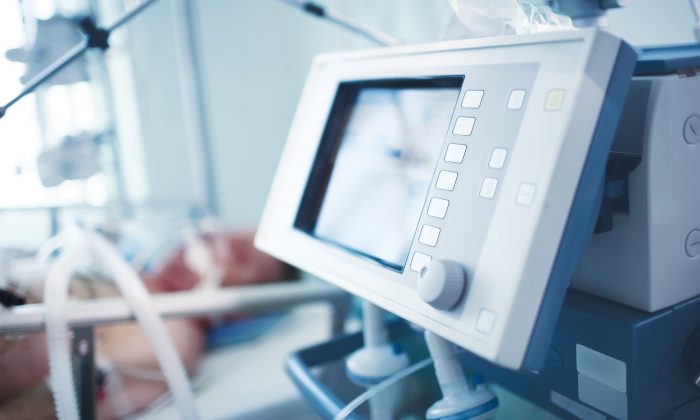 A teen with a history of abdominal pain and a lump was hospitalized in India, and, according to a case report, the lump was actually her malformed twin.

“The contents of the tumor consisted of hairs, mature bones, and other body parts,” the BMJ report said (PDF; Warning: graphic photos) about the medical rarity. It said the mass was growing for as long as she had been alive.

The mass even had teeth, the report said.

Doctors believe the unidentified young woman is the first to carry a partially-developed twin in her own body into adulthood, said the BMJ report.

Detailing the problem, the mass grew at an unusual angle for five years. Sometimes the mass hurt but other times, it made her feel like she was full when she had eaten.

Doctors, upon examining the teen, felt a lumpy mass that was hard but not entirely. They thought it might have been a tumor.

“This is the eighth case of adult FIF [fetus in fetu] and the first case of FIF in [an] adult woman worldwide,” the report’s authors said.

The teen’s doctors were able to remove the mass, and she is now recovering. Doctors have been monitoring for about two years since the operation.

🚩🚩Teen’s abdominal mass was her own malformed twin in an extremely rare occurrence. The malformation was identified & surgically removed when she was 17 years old!https://t.co/VCuBqZy68y

“I was much worried about my abdominal lump, after [the] operation I am feeling very well and my abdomen is now flat and my parents are also very happy,” the teen said in the BMJ report. “Thanks to all operating doctors.”

In the report, doctors suggested that there might be a possibility of recurrence for the teen.

“This case will be [followed up] at every year in view to detect malignancy as some adherent tissue was left during surgery,” the report said.

Other details about her case were not revealed.

According to the National Library of Medicine and National Institutes of Health, FIF is very rare.

“Fetus in fetu (FIF) is a rare congenital anomaly. It is a condition in which malformed and parasitic fetus is located in the body of its twin. The anomaly was first defined in early nineteenth century by Meckel,” the government website says. “Despite its prevalence among infants and children, there have been reports of cases in which the anomaly had remained asymptomatic until later ages.  This rare congenital anomaly, which was reported around 100 times since its first definition in the nineteenth century, has been discussed with respect to its prognosis and treatment in the light of the relevant literature.”

In 2017, a baby born near Mumbai, India, was born with his own half-formed twin brother inside his stomach.

The deceased twin—which was nearly 3 inches in length and had formed in the other baby’s abdomen—had a brain, arm, and legs, according to the India Times.

Dr. Neena Nichlani, who delivered the twins, said the case is rare, describing it as an FIF pregnancy. Less than 200 of these cases have been reported around the world.

“Following the delivery, however, the baby was shifted to the neo-natal ICU, as it was continuously vomiting and not responding to medicine,” Dr. Nichlani of Bilal Hospital said, adding that the attached male foetus to the full-grown baby couldn’t be detected and it only appeared as a cyst in scans of the pregnant 19-year-old.

She said the mother and child are quite lucky.

“It is a case of monozygotic twin pregnancy sharing single placenta, where one fetus wraps itself around and envelops the other and robs the host of its nutrition.” Nichlani was quoted by The Metro as saying. But, she added, “sometimes, it is a small mass, like in this case, and sometimes, depending on the size of the foetuses, none survive.”