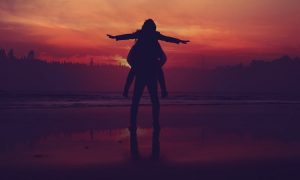 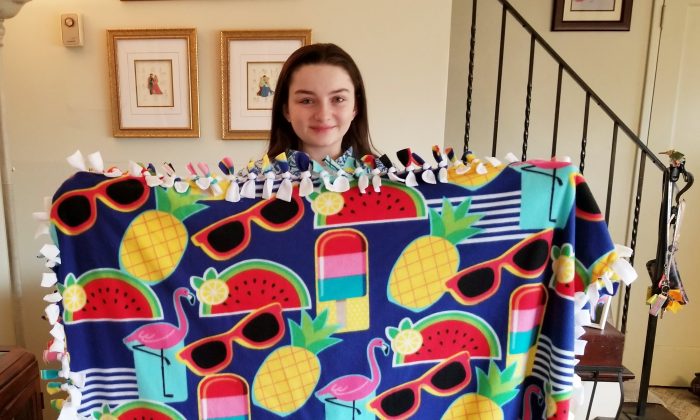 Teen With Lupus Donates Blankets to Those in Need

'It’s a positive thing being able to donate and have a happy effect on people.'
By Rolyne Joseph
biggersmaller
Print

Meredith Kass was a high school junior last year when she found out she had lupus. It’s news that can make a grown adult feel sorry for themselves, but Kass, 17, finds the time and energy to focus on others, making handmade blankets for those facing their own serious hardship.

Kass goes to Kellenberg Memorial High School in Uniondale, New York and enjoys going to the beach and playing outdoor sports such as lacrosse. Or she did. Then last year, she started feeling sluggish and not your regular teenage tiredness. Her muscles would become achy and stiff while playing lacrosse. It didn’t get better.

“I would feel more tired than I would usually be,” she said. “I would come home from practices and my body would hurt.”

Kass visited pediatric care at NYU Winthrop Hospital. After tests, Kass was told she had low red and white blood cells and anemia. It was systemic lupus erythematosus, an autoimmune disease in which the body’s immune system attacks healthy tissue.

“I was swollen,” she said. “I had like a rash. I was waking up extremely stiff and getting out of bed was very difficult.”

Kass now has to protect herself from the sun due to extreme sensitivity that would lead to skin rashes, itching, and burning.

And when her team takes to the field, she has to stay on the sidelines, undercover, rooting them on.

“I wore full sweatpants and crewneck,” Kass said. “We had pullovers and I wore a bucket hat.”

Not exactly the fashionable attire teens aspire to wear.

She also has to avoid physical stress, and take prescribed medications. Fortunately, her mother and other family and friends have always been there to support her.

“It was very difficult at first, but as we learned about the disease, we got more confident with managing it,” mother Mauren Kass said. “Then it was just supporting and encouraging her.”

But Kass didn’t give in to the kind of self-pity that can get the best of us in her circumstances. Instead, she started Meredith’s Favorite Blanket, a project designed to make blankets for those who are sick or have experienced loss.

During her downtime, Kass works in her living room with strips of fleece and other material making blankets she hopes can bring a smile to someone’s face.

After Kass makes the blanket, people from her school, church, and elsewhere help personalize it, which takes about 20 minutes.

She said the community’s involvement is touching.

Kass folds blankets at her home in Seaford, N.Y. (Photo by Rolyne Joseph)

“There were so many people willing to donate their time and everyone was willing to get involved,” Kass said. “We were able to get a lot more done.”

Kass and company have made more than 450 blankets.

The blankets have gone to cancer patients, hurricane victims in Texas, survivors of the Stoneman Douglas High School shooting in Florida, and children at the Hospital for Special Surgery in Manhattan.

“It’s something that makes you comfortable and it’s also a reminder that someone is supporting you, too, even though they don’t know who I am,” the teen said. “It’s like someone was trying to do something for you and it’s having a positive effect on people.”

“It’s something that even if they’re having a rough day, or if they’re not feeling well, it can help bring a smile onto their face,” she said.