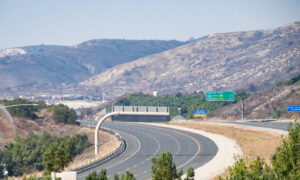 COLUMBIA, S.C.—An 18-year-old woman abducted as a newborn from a hospital in Jacksonville, Florida, says she still loves the only mother she has known.

Alexis Manigo told ABC’s “Good Morning America” in an interview broadcast Wednesday that the woman charged in her abduction, 51-year-old Gloria Williams, “will always be mom.”

Manigo met with her birth parents, Craig Aiken and Shanara Mobley, last weekend in Walterboro, South Carolina, where she was found earlier this month.

“I feel like I do owe them that, to give them a chance, you know, get to know them,” Manigo said.

She realizes her life would have been different had she not been kidnapped, Manigo said.

“When you find out you’ve got another family, it gives you more love,” she said.

“It did hurt that they had her in cuffs,” Manigo said of an earlier court appearance in Walterboro. “She’s a gentle woman.”

Williams’ arrest came after DNA tests helped authorities identify the 18-year-old woman who had been living with Williams in South Carolina as Kamiyah Mobley. A woman dressed as a nurse took Mobley as an infant in 1998 from University Medical Center in Jacksonville.

Some months ago, the young woman “had an inclination” that she may have been kidnapped, Jacksonville Sheriff Mike Williams said last week. Authorities didn’t say why she suspected this and she did not have an explanation in the interview with ABC.

“From that one mistake, I was given the best life,” she said.

Manigo said she is worried about what will happen to Williams in court.

Manigo says she still talks to Williams daily but is not sure when she can see her again. “I will always love her,” she said.