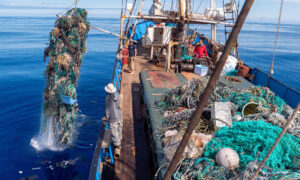 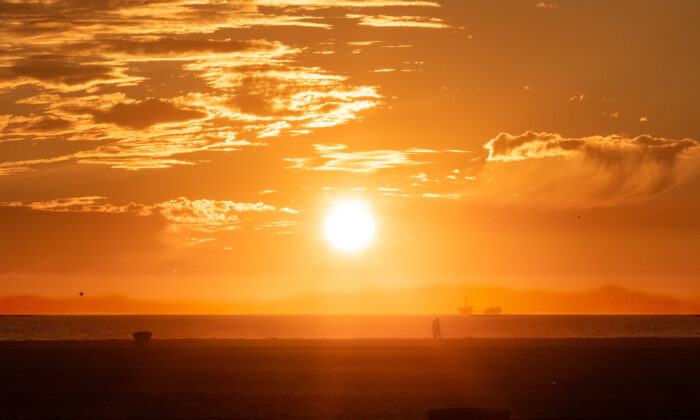 NEWPORT BEACH, Calif.—An area encompassing more than 36,000 acres containing more than 27,000 “barrel-like” images lying on the seafloor, stretching between Catalina Island and the coast off Los Angeles, has been documented by marine scientists.

The discovery was made during an expedition led by the University of California–San Diego’s Scripps Institution of Oceanography.

Although widely reported in the media that the barrels contain the harmful chemical compound DDT, that information has not been confirmed.

Eric Terrill, director of the Marine Physical Laboratory at Scripps Institution of Oceanography and chief scientist there, told The Epoch Times that the expedition survey didn’t measure the exact contents inside the discovered barrel field.

Researchers have known about the massive underwater waste site, which dates back as far as World War II, for years. The survey also identified in excess of 100,000 total debris objects on the seafloor. Resting deep in the ocean, the exact location and extent of the dumping weren’t known until now.

“We do know that many petrochemical companies have used the site over a span of 70 years,” Terrill said. “That includes companies disposing of DDT, as well as other toxic waste made up of heavy metals or metallic salt. DDT has been found in sediment samples and ecosystem samples, but until we can get down to test the entire field’s sediment, we won’t know for sure.”

DDT was banned in the United States by the Environmental Protection Agency (EPA) in 1972 due to its adverse environmental effects on wildlife and people. It’s estimated that between 350 and 700 tons of DDT were dumped in the area surveyed.

According to the U.S. Fish and Wildlife Service, the effects of DDT, which was used for years after World War II by the government to control mosquitos in coastal areas and by farmers to control agricultural pests, nearly causing the extinction of the American bald eagle.

Often, endangered species can be the “fire alarms” that warn scientists and researchers that there is something seriously impacting that species, and ultimately people.

As the DDT would break down, the primary ingredient, DDE, would build up in the fatty tissues of female eagles, preventing the formulation of calcium necessary to produce strong eggshells. As a result, the eggshells were thin and easily cracked when an adult tried to incubate the eggs, which in turn caused widespread reproduction failure and the eagle population to plunge.

The latest two-week expedition, which took place between March 10 and 24 under Terrill’s leadership, was a collaboration with the National Oceanic and Atmospheric Administration’s office of marine and aviation operations and the National Oceanographic Partnership Program.

This latest discovery was the result of significant advances in science and technology that are enabling researchers to explore areas like the San Pedro Basin where the site is located, Terrill said.

Underwater drones using sonar technology captured the images of barrels resting 3,000 feet below the surface all along the steep seafloor that was surveyed.

Historical shipping logs show that industrial companies in Southern California used the basin as a dumping ground until 1972, when the Marine Protection, Research and Sanctuaries Act, also known as the Ocean Dumping Act, was enacted.

Research being conducted is “only the tip of the iceberg” when it comes to deploying emerging technology in his field, Terrill said, adding that there’s much more ahead as the technology enables further investigation of sites such as that off Catalina.

“This story has really grabbed the attention of the scientific community,” Terrill said. “In turn, it is pretty quickly getting the attention of the government since researchers can now provide them with the information and data they need to address the situation and plan for clean-up efforts.”

Terrill said they will being doing more mapping and studies of the area off Catalina that will include examining the content of the tens of thousands of barrels, a tricky job given that many have been sitting on the ocean floor for decades.