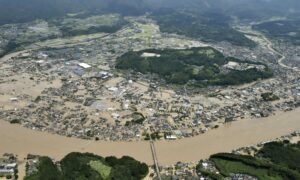 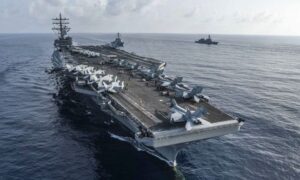 BANGKOK—A 74-year-old Japanese man accused of a gang murder in Japan 15 years ago has been arrested in Thailand after pictures of his tattoos went viral on social media, Thai police said on Thursday.

Shigeharu Shirai was arrested on Wednesday evening in Lopburi province, 150 km (95 miles) north of the capital, Bangkok. Police said he had confessed to being part of the Yamaguchi-gumi gang within Japan’s Yakuza, but not to murder.

Retired Japanese crime boss Shigeharu Shirai, 72, has been arrested in Thailand, ending more than 14 years on the run after photos of his 'Yakuza' tattoos and a missing little finger went viral https://t.co/BEuZfGycuR pic.twitter.com/BAUgQVb95I

Shirai is accused of being one of eight gangsters involved in the murder of another gang leader in 2003. The other seven have been arrested but Shirai escaped to Thailand in 2005.

“He admitted that the victim had been bullied and there might have been plots within the Yakuza subgroups to kill him … but he has not confessed to murdering the fellow gang leader,” said Wirachai Songmetta, Thailand’s deputy police chief.

Police said the attention of Japanese authorities was drawn after pictures of Yakuza tattoos covering Shirai’s back went viral on social media.

Shirai will be charged with illegally entering Thailand and then deported to Japan to face the murder charges, they said.

Police have also said they would investigate other suspected Yakuza gangsters in Thailand even if they did not have an arrest warrant.

Thailand is notorious for the presence of foreign gangsters. Last month, Thai police arrested four members of a Hells Angels biker gang accused of drugs offences, violence, and posing a threat to society.