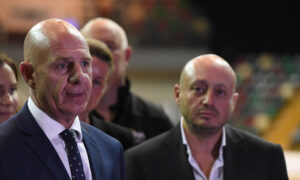 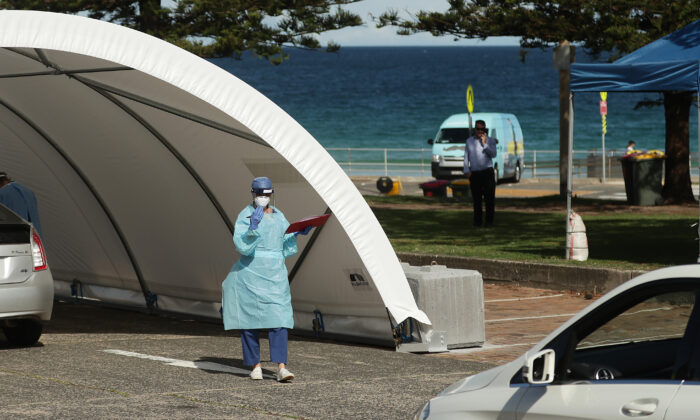 Policing of social gathering restrictions will be ramped up in Tasmania’s northwest where an outbreak of CCP (Chinese Communist Party) virus, commonly known as novel coronavirus has hit a hospital.

Fifteen COVID-19 cases have been linked to the North West Regional Hospital in Burnie, with 12 of those staff.

Premier Peter Gutwein described the cluster as “greatly concerning” and flagged a lockdown of the region if things get worse.

He said police will give special attention to the northwest over Easter to make sure people follow social distancing and stay-at-home orders.

“I want to say to the northwest coasters, this is not a game,” Gutwein told reporters on April 8.

“It is not a drill. It is serious and we need you to work with us.”

Health authorities are tracking people who have had close contact with any of the COVID-19-positive workers at the NWRH.

In addition to the 12 staff, two former patients and a close contact of a previous NWRH case have also tested positive.

The hospital is no longer admitting patients to its medical ward as a result of the outbreak.

Tasmania has had 3 COVID-19 deaths and 98 confirmed cases, with 34 people recovering.

The state government has told people not to travel unnecessarily over the Easter break, including to their own holiday homes.

“Don’t be surprised if you’re stopped by a police officer in coming days,”  Gutwein said.

People can be fined up to $16,800 if they are away from their residence without a valid reason.

The state government has upped testing capabilities by setting up a drive-through clinic in Hobart for referrals.

Parliament will be recalled in coming weeks to pass legislation concerning a national code of conduct for commercial tenancies.

Gutwein passed on condolences to the family of a man in his 80s who on Tuesday became the state’s third virus death.

He was a passenger on the ill-fated Ruby Princess cruise ship which docked in Sydney last month, and has been linked to 13 deaths and hundreds of COVID-19 cases across the country.

All 3 people who have died from the virus in Tasmania were passengers on the liner.

“On behalf of the Tasmanian government, we are so very sorry that you are in this position,” Gutwein said.