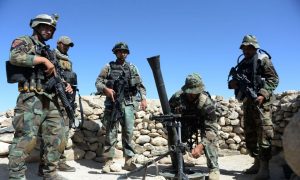 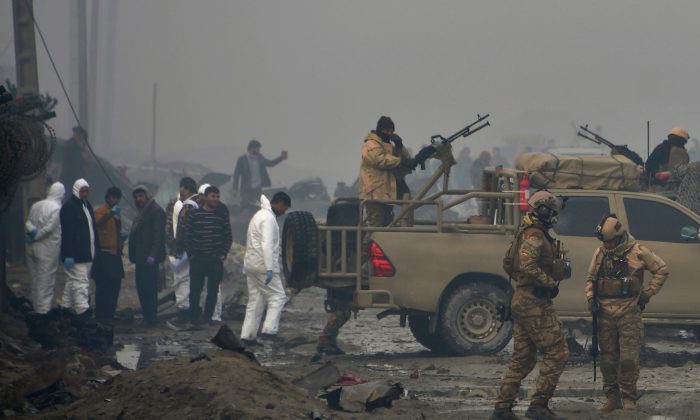 Six soldiers were wounded in the attack on Jan. 1, in the Maiwand district of the southern province of Kandahar, police spokesman Mohammad Ashraf Watandost said.

A Taliban spokesman, Qari Yousuf Ahmadi, said the militants, fighting to overthrow the government and reimpose strict Islamic law after their 2001 ouster, had killed or wounded 35 soldiers and destroyed a large cache of weapons and ammunition.

Afghan border security forces separately thwarted an attack on Italian military advisers at a paramilitary base in the western province of Herat on Wednesday.

Noorullah Qadri, the commander of 207 Zafar military corps, said two attackers who had infiltrated the border security forces tried to kill the Italians.

“The Italian nationals escaped uninjured. One attacker was gunned down immediately and the other was arrested,” said Qadri.

The Italian forces are part of the NATO-led Resolute Support Mission focused on training, advising and assisting the Afghan forces in four western provinces. Italy has 895 soldiers attached to Resolute Support.

Officials at the Italian embassy in Kabul were not immediately available for comment.