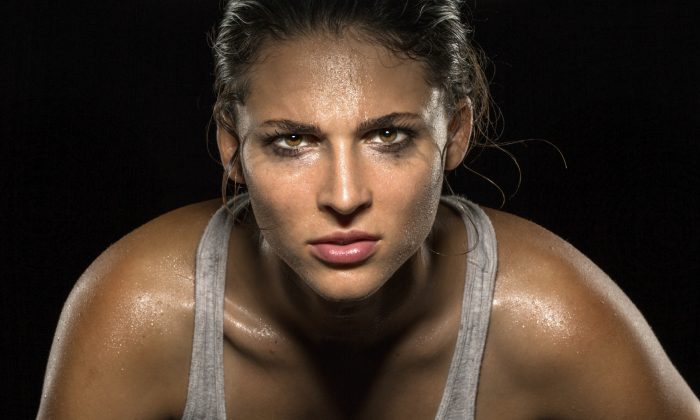 Take Your Fitness to the Next Level With Tabata

If you find that you’re always strapped for time and struggle to fit a workout into your daily routine, you might seriously want to consider looking into Tabata as a more effective alternative to your longer workouts. Amazingly, this unique and increasing popular style of training only takes just about four minutes to complete!

An Intro to Tabata

According to WebMD, Tabata is a form of high-intensity interval training (HIIT) that can boost fat loss, improve glucose metabolism and supercharge your athletic performance. It was developed Dr. Izumi Tabata and his team of scientists at the Tokyo-based National Institute of Fitness.

How It’s Different From Traditional HIIT

HIIT involves short bursts of intense training that last about 1 to 2 minutes followed by periods of rest that are usually about 30 seconds to two minutes long. According to the American Council on Exercise, HIIT is performed at a submaximal level where you’re working at 80 to 95 percent your maximum heart rate. Depending on how many rounds you do and how long you warm up/cool down, a HIIT session usually lasts anywhere from 20 to 40 minutes.

When you do Tabata, the style is the same as regular HIIT in that it involves short bursts of activity followed by rest periods, but you crank up the intensity even higher so you’re working at 100 percent your maximum heart rate or higher for an extremely short period. Tabata involves pushing the absolute hardest you can for just 20 seconds, and then only resting for 10 seconds. When those 10 seconds are up, you go at it again until you’ve completed eight rounds. In total, it should only take you about four minutes.

Types of Moves to Use

One of the best things about Tabata is that you can really make it your own and use almost any type of exercise move that already works with HIIT. You can do pushups, squats, rows, situps, mountain climbers, high knees, burpees, jumping jacks, punches combined with squats, and so much more.

Since you only have 20 seconds per burst, stick with just one move until the 10-second rest period. Remember that you’re supposed to really give it your all by going as intense as you can physically handle. If you did it right, you’ll feel the exhaustion setting in pretty early and you should be completely spent by the end of the eighth round, unable to do any more.

Anyone who has ever gone all-out with Tabata knows that it feels like the longest four minutes of their life. It’s not supposed to be even a little bit easy—that’s why it’s so short. According to an interview with Dr. Izumi Tabata published on Muscle & Fitness, the body responds to that huge amount of stress you put on it by revving up its capacity to increase oxygen uptake and essentially burns the same amount of calories in that short amount of time (plus an extra after-burn effect) as you would if you did an hour of steady-state exercise like cycling or jogging.

Despite the huge benefits, I personally wouldn’t think it’s the best idea to go straight from a couch potato lifestyle to this type of workout. It’s probably worth working up to this kind of intensity by starting out with walking and more moderately paced forms of cardio first. Making sure you know how to maintain proper form for all the moves beforehand is important so that you can avoid injury.

Tabata is a fantastic workout for those with busy schedules (and those who aren’t afraid to face the discomfort for a few excruciating minutes). You can check out the official Tabata website for more on finding classes in your area and more.