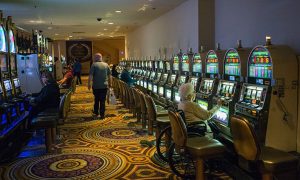 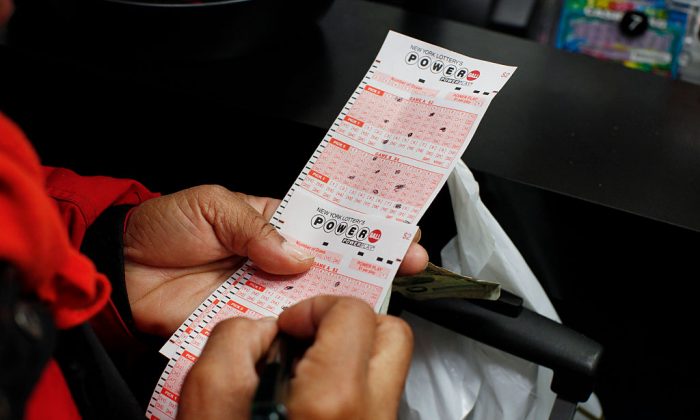 A woman buys a Powerball lottery ticket at a newsstand in New York City, on Jan. 12, 2016. (Kena Betancur/AFP/Getty Images)
Australia

Better get in quick because the lines are HUGE.

The woman said she isn’t going to retire despite becoming a multi-millionaire overnight.

“I’m a healthcare professional, but I won’t be retiring. I’m so passionate about my job. It will drive me to do more health work for causes important to me,” she was quoted as saying by the outlet.

Like the United States, Australia has its own Powerball lottery.

“I’ll be sharing it with my family… I’ll be giving my favorite charity some money,” the woman said. “The win gives me the chance to go and do the things I’ve always wanted to do… We might buy a caravan and travel around too.”

She added: “I’m not sure how I will be able to sleep tonight, but for now I’m going to go have a cheap glass of chardonnay.”

The woman is a regular lottery player, but she used random numbers and never believed she would win the jackpot.

“That is just so much money!” she said.

According to the Daily Mail, the woman told officials she initially thought she had won $107,000—not $107 million.

Matt Hart, a spokesman for country’s lottery agency, told the Mail that it’s the largest Australian lottery prize ever won by a single entry.

Someone is going to sleep very happy and a whole lot richer tonight!

“Statistically, there’s a higher chance of you being murdered (one in 18,000), or watching your body disintegrate before you, at the hands of a flesh-eating parasite (one in 1 million), than there is of winning the Powerball lottery tonight,” said the writer.

“If you’re left-handed, there’s more of a chance that you’ll die from using a right-handed piece of equipment incorrectly (one in 4.4 million) than there is of winning this cash.”

The publication also noted that many lottery winners have “rubbish lives” despite being millions of dollars richer.

Whittaker, who was already a millionaire but won $315 million, distributed his money wisely, giving a hefty chunk to charities: $14 million to the Jack Whittaker Foundation and 10 percent of his fortune to Christian charities.

In 2007, Whitaker said that thieves had emptied all of his bank accounts. But the thefts were light matters compared to what happened to his family. His granddaughter’s boyfriend was found dead from a drug overdose on Sept. 17, 2004. Three months later, the granddaughter died of a drug overdose as well.

Meanwhile, a New Jersey man who won the lottery twice was recently arrested.