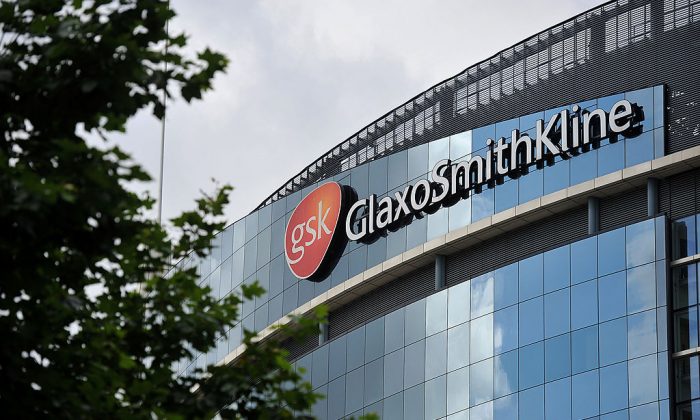 Swiss authorities have agreed to extradite a Chinese researcher to the United States, where he is accused of conducting corporate espionage against British pharmaceutical company GlaxoSmithKline (GSK).

U.S. prosecutors have indicted Xue Gongda, a Swiss resident, for conspiring with his sister, Xue Yu, a biochemist who worked at a GSK facility in Pennsylvania, to steal information about products GSK was developing to fight cancer, including antibodies that bind to tumor cells.

Xue Yu, along with four co-conspirators, are charged in a separate indictment, for stealing the GSK trade secrets in order to benefit a firm they set up inside China, called Renopharma.

According to court documents, the stolen GSK trade secrets were worth more than $550 million.

The sister, 48, had pleaded guilty to her charges at a U.S. district court in Pennsylvania in August 2018, according to a press release by the U.S. Department of Justice (DOJ). She worked for GSK from 2006 to 2016.

The extradition decision was made by the Swiss Federal Office of Justice on July 12, according to the Swiss Broadcasting Organization. Within 30 days from that date, Xue Gongda can appeal the decision before the Swiss Federal Criminal Court, reported AFP, citing a FOJ spokeswoman.

Xue Gongda, 49, was arrested in May at the request of U.S. authorities. He has been held in custody since then, after the Swiss criminal court determined that he was a flight risk.

The Chinese researcher was a postdoctoral fellow at the Friedrich Miescher Institute for Biomedical Research in Basel, Switzerland, where he worked from 2008 to 2014.

According to U.S. court documents, Xue’s sister and her co-conspirators had founded Renopharma with the intention of marketing and selling anti-cancer drugs in China based on the stolen GSK trade secrets.

Co-conspirators sent Xue Gongda antibody samples so he could test them at his research facility, in order to benefit Renopharma. He then sent the results back. The two siblings also exchanged confidential information from their respective workplaces.

Xue knowingly received, bought, and possessed trade secrets belonging to GSK, “knowing the same to have been stolen … intending to convert a trade secret … to the economic benefit of someone other than GSK,” stated the U.S. indictment against the Swiss researcher.

Renopharma, based in Nanjing, the capital city of coastal Jiangsu Province, received Chinese government subsidies and other financial support, according to the U.S. DOJ.

“This sort of economic warfare presents a danger to our economic security, jeopardizes America’s position as a global leader in innovation, and will not be tolerated,” said U.S. Attorney William McSwain, in the press release.

An unnamed spokeswoman from the Friedrich Miescher Institute confirmed with Reuters in early July that it was cooperating with U.S. authorities, though the institute had not accused Xue Gongda of wrongdoing.

The co-conspirators include: Xue Yu’s twin sister, Xue Tian, who pleaded guilty last year to money laundering-related charges; and Lucy Xi, who was also a scientist at GSK. Both Xue Yu and she worked at GSK’s facility in Upper Merion, a town in Pennsylvania, during the same time period.

There have been a slate of U.S. economic espionage cases from Chinese actors in recent years.

In April 2018, Zhang Weiqiang, 51, was sentenced to 121 months in prison for conspiring to steal samples of genetically-engineered rice seeds from his Kansas-based employer Ventria Bioscience.

In August 2018, Zheng Xiaoqing, 56, was arrested by the FBI. He is charged with stealing trade secrets from his employer General Electric.