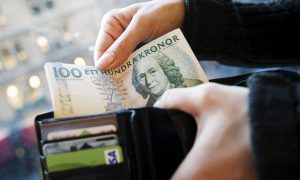 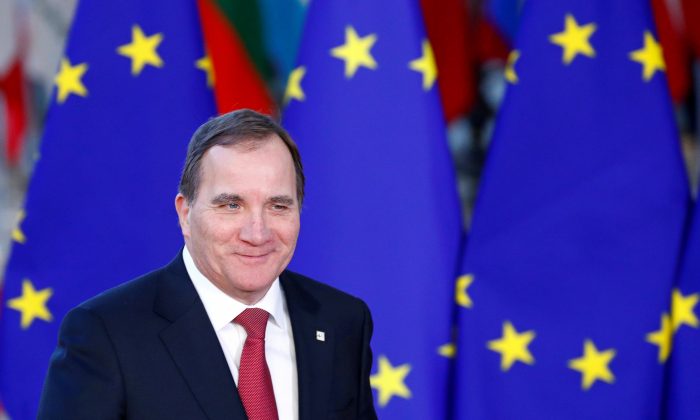 STOCKHOLM—Social Democrat leader Stefan Lofven took a big step toward a second term as Sweden’s prime minister on Jan. 11, after agreeing to a deal with two opposition parties that will move policy sharply to the right with tax cuts and business-friendly reforms.

Swedish politics has been deadlocked since a September election resulted in a hung parliament.

Finding a new government has been complicated by a promise from all parties not to work with the anti-immigration Sweden Democrats, which holds the balance of power.

“This is not the solution we would ideally have liked, but it is the best that is possible in an extremely difficult situation,” Annie Loof, leader of the center-right Centre party, told reporters.

She said the agreement—also tentatively endorsed by the center-right Liberals and the Social Democrats’ partner the Green Party—would exclude the Sweden Democrats and the Left Party from having influence on policy-making.

Loof said the Social Democrats had agreed to cut income taxes, to abandon a proposal to limit the profits of private firms operating in the tax-funded welfare sector and to increase environmental taxes, among other policies.

The accord must still be approved by the executive bodies of all four parties involved in order to take effect.

“We Social Democrats believe that an agreement between our parties would safeguard democracy and move Sweden forward by carrying out necessary reforms,” Lofven said in a statement.

Parliament will vote Jan. 16 for a new prime minister.

The four parties together would still control fewer than half of the seats in parliament, so would require the support of the Social Democrats’ allies in the Left Party. But the Left isn’t expected to block a new Lofven-led government because it does not want a right-wing one backed by the Sweden Democrats.

Some Liberal and Centre lawmakers expressed strong opposition to Friday’s deal, which will probably mark the death of the four-party center-right Alliance, formed in 2004 to end the Social Democrats’ century-long domination of Swedish politics.

“This is a real betrayal of all the voters who voted for an Alliance party in order to get a new government,” Moderate Party leader Ulf Kristersson told reporters.