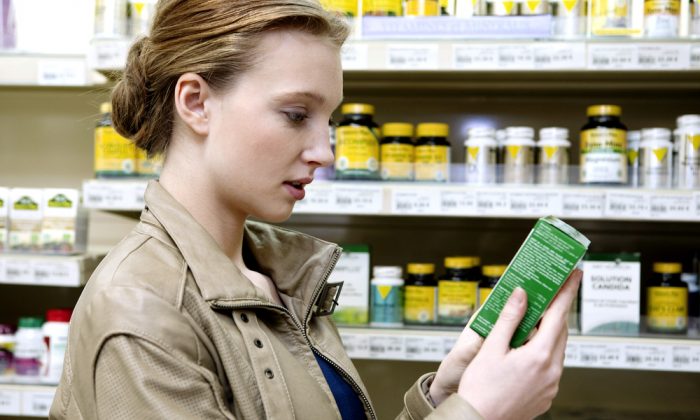 Supplements Are an Expensive and Potentially Toxic Lucky Dip

The vitamin and supplement industry is big business in Australia. An estimated 75 percent of the population uses some form of complementary medicine, including vitamins, minerals, herbs, aromatherapy, and homeopathic products.

But some vitamin supplements and protein powders at best don’t work and, at worst, can cause harm.

Recently, ABC’s Four Corners program aired a PBS Frontline investigation exploring the complex issues surrounding supplements in North America. It’s an eye-opening report that details a web of lobbying and legislation designed to protect the industry, but which ultimately leaves consumers at risk.

The issue of harm is covered upfront with a group of patients in Hawaii who suffered liver failure following the ingestion of a dietary supplement. Many required transplants.

At the other extreme is the revelation that 60 percent of supplements analysed for the active ingredients didn’t contain what was stated on the label.

In a random sample of 44 popular herbal supplements purchased from North American stores and analysed for their DNA fingerprints, one-third showed outright substitution, meaning there was no trace of the plant advertised on the bottle.

Others contained undisclosed fillers such as soybean, wheat, and rice. Gingko biloba supplements, promoted as memory enhancers, were mixed with fillers and black walnut, a potentially deadly hazard for people with nut allergies.

These findings make it very difficult to have any faith in the usefulness of supplements.

But even in the case of unadulterated supplements, scientists and doctors warn, in the absence of a medically diagnosed deficiency, we are taking too many. A recent study reports that taking extra vitamins and minerals can do more harm than good and may even increase cancer risk rather than reduce it.

In addition, some commercially available preparations of fish oil have been shown to be rancid, as a result of poor processing procedures. This can trigger inflammatory pathways in our cells—the exact opposite of what they are designed to do.

If you’re thinking that “what happens in North American doesn’t affect me”, you might be wrong. Herbal supplements bought online have been linked to at least six Australian organ transplants since 2011.

This includes the recent case of a Perth man who was given two weeks to live and required an emergency liver transplant after taking a protein powder containing green tea extract and a supplement containing garcinia cambogia. Such was his emergency that he had no choice but to accept a liver infected with hepatitis B.

Australia’s regulatory authorities responded by saying they’re “continuing to investigate the report” and “the results will be made public if there is sufficient evidence of a safety issue”. But Australia’s regulations when it comes to supplements are also woefully inadequate.

First of all, if a product is intended to be used as a supplement, it must be listed with the Therapeutic Goods Administration (TGA). The process of listing a product, however, only requires the registrant to fill out an online form, choose from a list of pre-approved ingredients (indicating low risk and tested for safety in isolation), and state they hold information to substantiate their product’s claims. They are not required to present it.

What is missing from this picture is testing each batch of supplement for the concentration and safety of indicated ingredients that are actually in the bottle.

Importantly, the ingredients should be tested for safety in combination, since we know that a mix of herbs or plants can be more potent when combined.

What’s also missing are checks that the claims made on the bottle can be substantiated prior to the product going on sale. While compliance checks do occur, each review covers only a fraction of the total products listed on the Australian Register of Therapeutic Goods (ARTG). Each time, dozens of products are cancelled for reasons ranging from unsubstantiated claims on the label, to unacceptable quality, safety, or efficacy of the goods.

And that doesn’t even cover products that are not listed on the ARTG, such as traditional Chinese medicine products that have been found to be contaminated with pharmaceuticals such as paracetamol, antihistamines, antibiotics, and blood-thinners, as well as significant levels of toxic heavy metals such as arsenic, cadmium, and lead.

Why You Want to Avoid Magnesium Stearate in Your Vitamin Supplements

Meanwhile, Australian supplement manufacturers are required to adhere to good manufacturing practice. Their sites are also inspected and licensed by the TGA.

But, beyond that, does the product do what it says? Is there any active ingredient in the bottle? You many never know.

Consumers can easily be lulled into a false sense of security, especially if a product is stamped with an official-looking number and sold beside evidence-based medicines in a pharmacy. But they’d be wrong and this is simply not good enough.

Like North America, we also have a vocal supplement lobby with connections to powerful people, but shouldn’t we be putting consumer safety above profits? Most definitely we should, but until that happens I would steer clear of over-the-counter supplements. Buyer beware.

Rachael Dunlop, Visiting associate. This article was originally published on The Conversation. Read the original article.