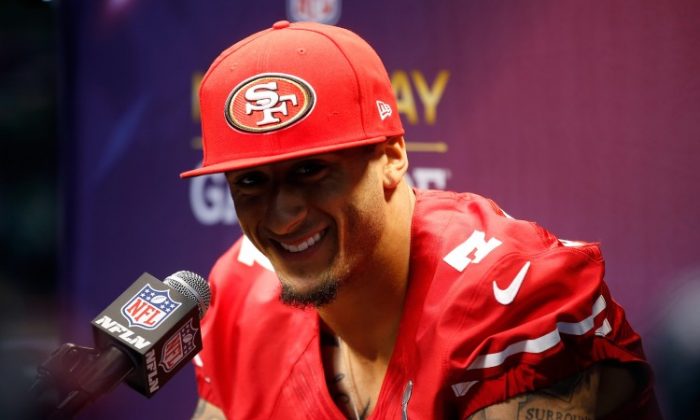 The biggest storyline leading up to the game is, of course, the head coach matchup of Jim Harbaugh for San Francisco and older brother John Harbaugh for Baltimore.

“As to who won and who lost, I can’t remember,” Jim Harbaugh said about fighting as kids.

According to the NFL, this is the first meeting between two brothers as head coaches in any NFL, NHL, NBA, or MLB playoff game.

Both Baltimore and San Francisco were eliminated at the conference championship stage last season—one step away from the Super Bowl. The two teams are also undefeated in Super Bowl appearances—San Francisco is an incredible 5–0 with their last victory coming in 1994, while Baltimore is 1–0 after a dominant performance in 2000.

With two highly competitive brothers at the helm, perhaps not surprisingly, the two teams have taken on a similar look. The identity of the Ravens has been known for some time now—a perennial AFC powerhouse spearheaded by a ferocious defense.

San Francisco has been just that in the NFC, albeit for only the past two seasons. It’s as if the 49ers were modeled after the Ravens.

These are two teams led by middle linebackers wearing the number 52—San Francisco’s Patrick Willis and Baltimore’s legendary Ray Lewis. Both are also first round draft picks of their respective teams.

‘Why don’t I get the number 52? I know a guy right now who wears that number who is one of the best,” Willis said. “It will be a great number to play up to.”

“This is going to be a defensive battle,” Willis added. “Our guys come out every week, week-in and week-out, and we play for each other. Baltimore has those same kind of guys with [Terrell] Suggs and Ray [Lewis], and [Dannell] Ellerbe.”

“If you look at their structure, the defense is similar to ours with that 3–4, big nose guard and great pass rushes,” Ravens running back Ray Rice said.

The offenses were above average during the regular season, but are led by red hot quarterbacks in Colin Kaepernick for the 49ers and Joe Flacco for the Ravens.

Both offenses rely heavily on their tight ends to get downfield and make big plays, in addition to having very capable wide receivers.

“We utilize the tight end well. It’s a big part of our pass game. It’s something that we feel like we can create mismatches with the defense,” Ravens tight end Dennis Pitta said.

The running games of both teams is also very similar with Frank Gore of the 49ers and Rice of the Ravens 10th and 11th in rushing yards in the regular season.

“He’s very tough, he can do anything. He can catch, run, block. I like that he’s a small guy,” Gore said.

Not surprisingly, with all these similarities between the two teams, there isn’t any glaring advantages one team might have over the other.

Kaepernick’s running ability tore apart the Green Bay Packers in the divisional round and is not something teams have a lot of experience dealing with. Quarterbacks with the added dimension of consistently providing that running threat are rare.

For what it’s worth now, Baltimore lost to Washington in early December when trying to contend with Robert Griffin III, although Lewis missed that game due to his triceps injury. They also lost to the Michael Vick-led Philadelphia Eagles very early in the season.

The key for San Francisco could be that added dimension Kaepernick gives the 49ers offense.

And for the Ravens, it is more about the belief Ray Lewis brings to his team and Flacco’s continuing ability to come up with the big play when needed. After upsetting No. 1 seed Denver and No. 2 seed New England, there’s no reason for them not to believe.

“We’re a battle tested team and we know what we’re capable of doing,” Pitta said.

One difference between the two teams would definitely be Flacco not having any tattoos while Kaepernick’s arms are covered in them.

“No, no tattoos,” Flacco confirmed.