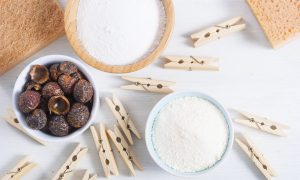 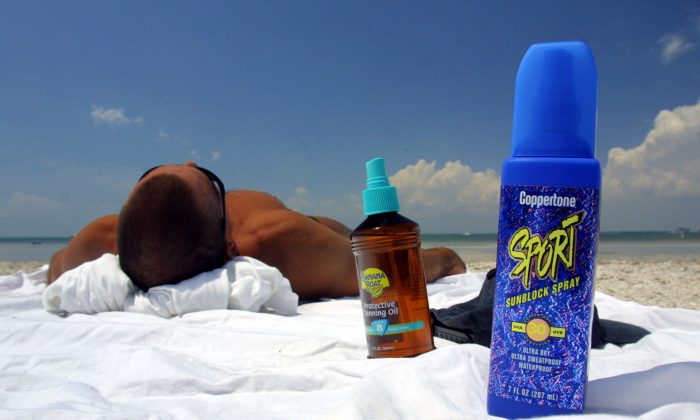 It takes just one day for a number of common ingredients found in sunscreen to enter a person’s bloodstream, according to research from the U.S. Food and Drug Administration.

The study, published in The Journal of the American Medical Association (JAMA) on May 6, examined how several chemicals found in four commercially available sunscreens were absorbed into the bloodstream of 24 healthy participants.

Participants applied one of either a lotion-sunscreen, cream-sunscreen or two sprays, four times a day for four days on areas of the body uncovered by their swimwear. 30 blood samples were collected from each participant over a period of seven days.

Upon analyzing plasma levels in the participants’ blood samples, scientists found that the level of active ingredients in their bloodstreams was high enough to spark a government investigation.

We rely on sunscreens to help prevent sunburn & to reduce the risks of skin cancer & early skin aging caused by the sun. Check out this video from Dr. Woodcock that explains FDA’s efforts to make sure sunscreens work & are safe https://t.co/GgNrQqNL85

The four chemicals were discovered to have entered the bloodstream at levels that exceed the FDA’s recommended threshold without a government safety inspection.

Additionally, three of the chemicals accumulated in the bloodstream with continued daily use, and remained in the body for at least 24 hours after the sunscreen had been applied, CNN reported.

Almost all participants had levels of the chemicals which exceeded 0.5 ng/ml within one day—the “Threshold of Toxocological Concern” (TTC). The TTC was developed by the FDA as a measure for a chemical to “undergo nonclinical toxicology assessment” to examine its effects on the body, reported The New York Daily News.

The chemical oxybenzone stood out among the four chemicals as the one that was absorbed into the bloodstream at the highest rate. It was discovered at levels as high as 209.6 ng/mL.

David Andrews, senior scientist at The Environmental Working Group said: ”Looking through the results tables of the study, one thing about oxybenzone stood out.

”Oxybenzone was absorbed into the body at about 50 to 100 times higher concentration than any of these other three chemicals they tested.”

Despite the findings, experts urge people to continue using sunscreen. The study emphasized that the research does not “indicate that individuals should refrain from the use of sunscreen.”

Systemic absorption of the active ingredients of sunscreens does not mean they're unsafe, but raises questions about how the sunscreen industry and regulatory agencies evaluate the risks and benefits of these OTC products @califf001 @KanadeShinkai https://t.co/qWbdXojOV8

Dr. David Leffell, a Yale School of Medicine dermatologist and spokesman for the American Academy of Dermatology, told CNN, “Studies need to be performed to evaluate this finding and determine whether there are true medical implications to absorption of certain ingredients.”

In a joint announcement, Janet Woodcock, M.D., director at the Center for Drug Evaluation and Research (CDER) and Theresa M. Michele, M.D., director of CDER’s Division of Nonprescription Drug Products, Office of New Drugs said product absorption into the bloodstream does not necessarily mean it is unsafe.

“Rather, this finding calls for further testing to determine the safety of that ingredient for repeated use,” said a statement by Woodcock and Michele on the FDA’s website.

“Such testing is part of the standard pre-market safety evaluation of most chronically administered drugs with appreciable systemic absorption.”

Good advice in here. Still need basic studies to get this right in the long run. @dukeforge . Sunscreen enters bloodstream after just one day of use, study says @CNN https://t.co/4equiVOc8k

Woodcock and Michele also emphasized how essential sunscreen with SPF 15 can be in helping to protect against skin cancer, which is the most common cancer diagnosis among Americans annually, according to the Skin Cancer Foundation.

The World Cancer Research Fund says melanoma—the most dangerous form of skin cancer—is also the 19th most common cancer around the world in men and women.