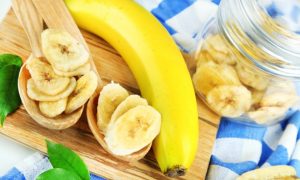 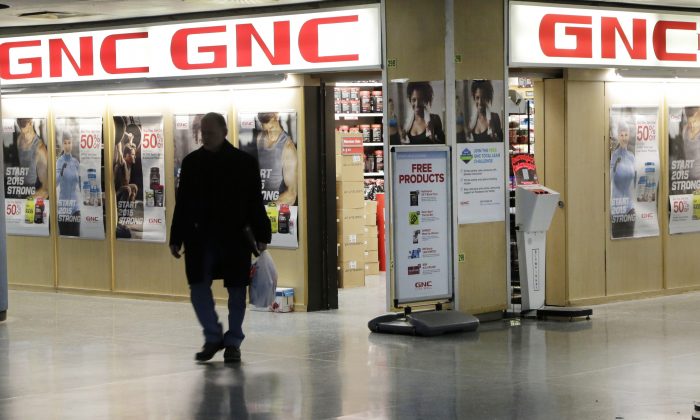 A man leaves a GNC store in New York, on Feb. 3, 2015. The New York Attorney General is investigating GNC, Target, Walmart, and Walgreen Co. for selling supplements that either couldn’t be verified to contain the labeled substance or that contained ingredients not listed on the label. (AP Photo/Mark Lennihan)
Health News

On Thursday New York Attorney General Eric Schneiderman sent subpoenas to four major U.S. retailers seeking proof of the health benefit claims for some of their store branded dietary supplements, according to a person familiar with the matter who did not wish to be named because the matter is not public.

Last week the AG asked the four major retailers, GNC Holdings Inc., Wal-Mart, Walgreens and Target Corp., to remove certain herbal supplements from their shelves after tests revealed that only 21 percent of the results verified DNA from the plants matched the labels. The rest either matched partially, or tested for DNA not on the labels. The retailers promptly complied with request.

The products involved include some of the most commonly known herbs Gingo Biloba, St. John’s Wort, ginseng, garlic, and Echinacea. The tests found contaminants such as french bean, asparagus, wild carrot and rice in the products.

The allegations have placed the dietary supplements that 180 million Americans use daily in question, and the industry on the defensive.

Eric Schneiderman is holding nothing back in taking aim at the $61 billion dietary supplement industry, which manufactures an estimated 65,000 products in the United States, according to a 2013 study from the Canadian Institutes of Health Research cited by the AG’s office.

“The DNA test results seem to confirm long-standing questions about the herbal supplement industry. Mislabeling, contamination, and false advertising are illegal,” he said in a press release Feb. 3.

He added that “American corporations must step up to the plate and ensure that their customers are getting what they pay for, especially when it involves promises of good health.”

Along with Schneiderman, a roster of supporters including two state legislators who are trying to set up a dietary supplements safety committee, say they believe the study is further proof that the industry lacks adequate regulatory oversight.

Dr. Daniel Fabricant, Ph.D., CEO of the leading supplement industry group The National Products Association (NPA), says he thinks “the AG is out of his mind” for focusing on ordinary products with “competent and reliable” scientific research supporting their health claims.

“It is ridiculous when you consider the products in question,” he said, “a terrible legal tactic.”

Fabricant formerly worked as the director of the Division of Dietary Supplement Programs at the U.S. Food and Drug Administration (FDA).

He said that botanical extracts are unlikely to have intact DNA, making the barcode test used by the AG not fit for the purpose. “When you extract botanicals you kill the DNA,” he said. Tests such as thin layer chromatography and other chemical tests are necessary, said Fabricant.

In a press release NPA said it confirmed that every products investigated by the AG obtained from GNC was composed of botanical extracts, rendering the barcode test useless.

As for the contaminants, Fabricant acknowledged the barcode test, which is new and not in widespread use, may find certain DNA, but because the test is not quantitative, a very minute and inconsequential amount of something used in previous processing at a facility could show up and skew the results.

Should Schneiderman succeed in prosecuting violations, the issue could have far reaching effects for the natural products industry. This is what the supplement industry is worried about.

The NPA has launched a grassroots initiative is calling on the AG to offer full transparency and release the data from its study, but the association has not heard from the AG’s office.

The United Natural Products Alliance (UNPA) has launched its own investigation to test the products through third-party labs, then publicly share the results, according to Natural Products Insider.

Dietary supplements are regulated by the FDA as food. The idea is that milk has calcium, which is good for bones, and that is a health claim. If a supplement contains calcium, it is also good for bones—so goes the rationale.

The FDA puts the onus on the supplement manufacturers to make sure their products are safe and accurately labeled. If there are adverse affects, the FDA will take action to recall a product. The agency also inspects manufacturers periodically.

Fabricant said the AG’s subpoenas would be asking the retailers for their Current Good Manufacturing Practices for Dietary Supplements (CGMPs), also known as substantiation files, that comply with FDA laws and are filled out by the manufacturers.

CGMPs include guidelines such as for cleanliness, a sufficient water supply, the separation of areas within the facility, and specifications for each step of the manufacturing process to ensure the product is not contaminated or adulterated. Testing is required to verify the identity of each individual component and component lot used in the product.

FDA recalls have not been done on the products which are the focus of the AG’s investigation, according to Fabricant.

CORRECTION: An earlier version of this article said the Natural Products Association confirmed that at least one product from GNC that was tested by the attorney general was made of botanical extracts. In fact, every GNC product tested had botanical extracts. Epoch Times regrets the error.