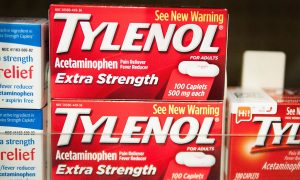 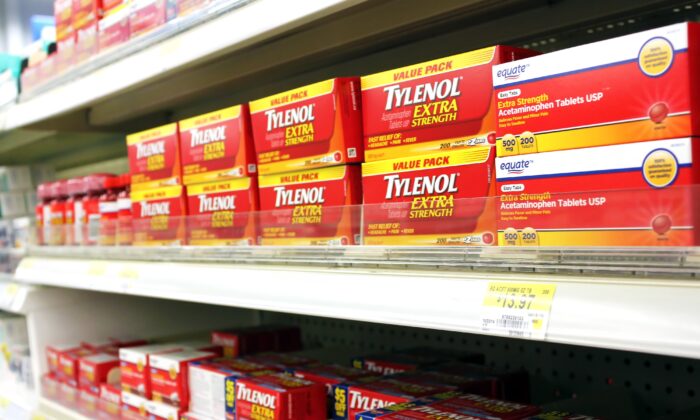 Acetaminophen, commonly known by its brand name Tylenol, is one of the most commonly used medications worldwide but a small study suggests it could be causing users to engage in more risky behaviors. Previous research has linked it to other psychological changes, including a reduction in empathy.

In the United State alone, acetaminophen can be found in more than 600 prescription and over-the-counter drugs. The Consumer Healthcare Products Association says the drug is taken by 23 percent of—or 52 million—Americans each week.

Many don’t think twice about popping a Tylenol or two to relieve a headache, reduce fever, or ease minor aches and pains or cold and allergy symptoms, but research continues to reveal that this pain reliever has unexpected risks. Among them are surprising effects on psychological processes such as behavior and perception.

Considering that so many people take acetaminophen on a daily basis, even slight changes in risk-taking behaviors “could have important effects on society,” study co-author Baldwin Way, an associate professor of psychology at The Ohio State University, noted in a press release.

The study involved 189 college students, who took a standard recommended adult dosage of 1,000 milligrams (mg) of acetaminophen or a placebo. They were then asked to rate the riskiness of activities such as bungee jumping, taking a skydiving class, walking home alone at night in an unsafe area, and starting a new career in your mid-30s.

Those under the influence of acetaminophen rated these activities as less risky than those who took a placebo. “Acetaminophen seems to make people feel less negative emotion when they consider risky activities—they just don’t feel as scared,” Way said.

In the second part of the study, 545 college students took part in a computer task intended to measure risk-taking behavior. The students had to click a button to inflate a balloon in order to earn money. The bigger the balloon, the more money they would receive, but if the balloon got too big and burst, they would lose their money.

As in the first study, those who took acetaminophen took more risk, pumping the balloons more times and earning more burst balloons, than those who took a placebo. “If you’re risk-averse, you may pump a few times and then decide to cash out because you don’t want the balloon to burst and lose your money,” Way said. “But for those who are on acetaminophen, as the balloon gets bigger, we believe they have less anxiety and less negative emotion about how big the balloon is getting and the possibility of it bursting.”

It’s possible those with increased risk-taking on these types of computer-simulated tasks may be more likely to engage in risky behaviors in real life as well.

While potentially increasing risky behaviors, acetaminophen has also been found to blunt both positive and negative emotions. Way and colleagues revealed in a 2015 study that over-the-counter acetaminophen provides relief from “pain and pleasures alike,” essentially dampening users’ ability to experience emotionally pleasurable sensations.

The next year, in 2016, Way and colleagues found acetaminophen to be an “empathy killer,” as it reduced users’ empathy in response to others’ pain. Because empathy plays an important role in prosocial and antisocial behaviors, acetaminophen-induced alterations in empathy could be having broad social side effects.

In a 2019 study, Way and colleagues again compared acetaminophen to a “social analgesic,” stating that it blunts “social pain” by reducing the activity of the anterior insula and anterior cingulate brain regions, which are associated with emotional awareness and motivation. Even positive empathy was blunted by the drug.

When people were given 1,000 mg of acetaminophen, then read scenarios about uplifting experiences of other people, the acetaminophen reduced personal pleasure and empathic feelings directed toward others, once again suggesting that the widespread use of acetaminophen could be having a negative effect on prosocial behavior on a societal level.

Acetaminophen has also been found to cause an “inhibition of evaluative processing,” in a small study double-blind placebo-controlled study. It revealed that “acetaminophen reduces the magnitude of reactivity to social rejection, frustration, dissonance and to both negatively and positively valenced attitude object.”

Among other consequences, this means it could alter your ability to make decisions and cause you to react slower or miss errors that you would spot otherwise.

GreenMedInfo.com has compiled 236 studies related to acetaminophen’s toxicity, and a European Journal of Hospital Pharmacy editorial concluded, “We have considerable evidence that as well as not being particularly effective, neither is it particularly safe.” Some of the health risks linked to acetaminophen use include:

What’s more, acetaminophen has been shown to be ineffective for treating back pain, “practically ineffective” for arthritis, and “in the least effective quartile of drugs” for treating postoperative pain, the European Journal authors noted. They also warned it is only modestly effective for migraines and tension-type headaches, while no evidence shows that it works to relieve pain related to cancer, menstrual cramps, rheumatoid arthritis, or the neck.

Considering its significant risks—including psychological risks that are only beginning to be understood and explored—and questionable effectiveness, it makes sense to try nontoxic, natural pain relief options first. There are hundreds of research-backed options to choose from, ranging from acupuncture, massage, and exercise to nutrition, therapy, and herbal remedies.