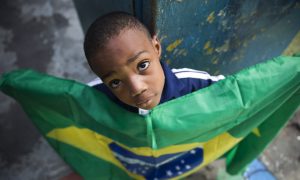 SAO PAULO—A study by a public safety NGO says that Brazilian police killed more than 11,000 people between 2009 and 2013 for an average of six killings a day

The study was released Tuesday by the Sao Paulo-based Brazilian Forum on Public Safety.

“The empirical evidence shows that Brazilian police make abusive use of lethal force to respond to crime and violence,” the report says.

There were 416 people killed last year in Rio de Janeiro state, the highest number for 2013.

The study also says that 50,806 people were killed in all homicides last year, about one person every 10 minutes.