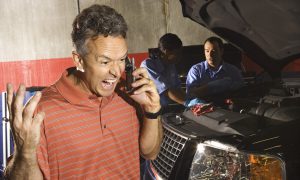 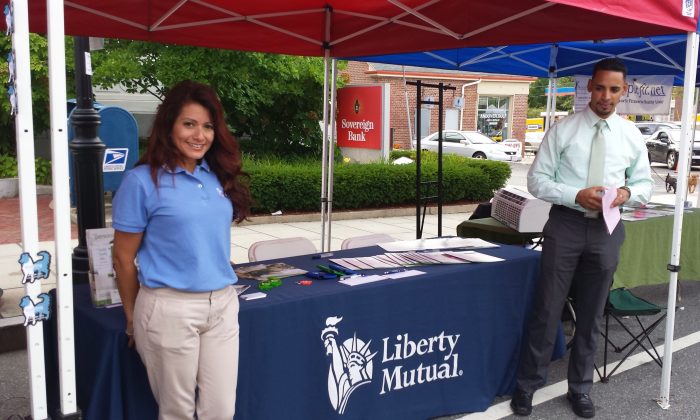 The Consumer Federation of America (CFA) released research findings on July 27, which concluded that the major auto insurance companies, with the exception of State Farm, are almost always charging single, divorced, and widowed women more than married women. GEICO, Farmers, Progressive, and to a lesser extent, Nationwide and Liberty, are using marital status as a factor in the determination of their premium rates.

It’s not illegal but Stephen Brobeck, CFA’s executive director, questions the fairness of it, particularly for widows, who were charged more than married women in the 10 cities studied. The average difference of 14 percent between married and widowed ranged from 29 percent in the case of GEICO, to 3 percent for Nationwide.

“Hiking rates on women whose husbands die seems both unfair and inhumane,” said Stephen Brobeck at a teleconference.

Instead, CFA urges that auto insurance pricing be determined by driving-related factors, such as accidents, moving violations, and miles driven.

State Farm was a major exception. State Farm did not use marital status in its pricing. Price quotes for single, separated, divorced, widowed, living with domestic partner, and married were the same in the 10 cities CFA studied.

The analysis collected the insurance premiums for the following profile of a driver seeking insurance: female, 30 years old, no accidents or moving violations, high school degree, and drives a 2005 Honda Civic.

Rates were collected for these 10 cities: Baltimore; Tampa, Fla.; Louisville, La.; Chicago; Minneapolis; Houston; Denver; Phoenix; Oakland, Calif.; and Portland, Ore. The CFA found quotes from websites of the auto insurers for the minimum liability insurance required by states. (All states require drivers to have liability insurance except New Hampshire.)

It is irrelevant to this study, but the variation between insurers is astounding.

Nationwide sometimes charged widows more than married women, but at other times, in Portland, Oakland, Houston, and, as we saw, in Baltimore, the same rate prevailed.

The price differential persists as the 30-year-old woman in the profile ages, but the data collected for 50-year-olds was sparse and so only suggestive.

James Lynch, chief actuary of the Insurance Information Institute, said that discounts, as he preferred to call differential rates, or “penalties” that CFA implies, are nothing new, and go back to the 1920s. Pricing using marital status has been around at least 40 years, he said.

The same is true for women who have unfortunately become widows, he said. “I can’t explain to you precisely why that is the case, but I can tell you that the data is this way,” Lynch said, who is a fellow of the Casualty Actuarial Society.

The insurance companies have to file their rates with each state’s insurance department, and have to have the data to support differential rates, Lynch said. “Anytime an insurance company is charging more, they have to justify to state regulators,” he said.

If fairness is that the customer pays rates that are commiserate with the risk they prevent, it’s extremely fair.

Brobeck said that most insurers have been increasingly using socio-economic factors over the last several decades, but “It’s not clear at all that there is a relationship between prices they charge and risk.” He gave his opinion that the auto insurers are motivated to use marital status and other nondriving factors because their main interest is in selling insurance to more affluent households, who may own two cars, and will purchase collision and comprehensive coverage in addition to liability insurance, and a home ownership policy. He believes the insurers are less interested in selling only liability coverage on an older car to a single person.

The person who is most likely to drive an older car and just seek the liability coverage is the young person or a lower-income person.
— Stephen Brobeck, executive director , Consumer Federation of America

“The person who is most likely to drive an older car and just seek the liability coverage is the young person or a lower-income person.”

Brobeck said it wasn’t clear whether many, if anyone, were actually purchasing the $2,000 or $3,000 premiums they found on the insurers’ websites. Insurers may just be meeting their legal obligation to offer the insurance.

The justification often touted for using lower rates for married drivers comes from a study in New Zealand in 1990, which involved a substantial number of motorcycle-related injuries, and where the difference in injury rates was only about 1 percent, Brobeck said. If the motorcycle accidents are removed, the study has only less than 100 cases, Brobeck said at the news conference. The study’s applicability to the United States today would appear to be dubious.

Even if there are correlations, we think that there needs to be a causal relationship or it is simply not fair.
— Stephen Brobeck, executive director, Consumer Federation of America

J. Robert Hunter, CFA’s director of insurance, said that its previous surveys found that the public disapproves using nondriving factors in computing rates. He said that 70 percent of adults think tickets should be used, 70 percent think using accidents is fair, and, again, 70 percent approve of miles driven. They haven’t asked about marital status yet, but the public gives a resounding “No” to using credit scores, occupation, and education, he said.

Hunter told Epoch Times, “Credit scores has more impact than anything else [including marital status]. Accidents, drunk-driving, all those kinds of things pale in comparison to credit score.” Three states ban credit scores—California, Massachusetts, and Hawaii. In these states, if you have an accident or get a ticket, you will pay more than in states where credit score is used, and that is how it should be, argued Hunter.

Credit score has more impact [on auto insurance rates] than anything else. Accidents, drunk-driving, all those kinds of things pale in comparison to credit score.
— J. Robert Hunter, director of insurance , Consumer Federation of America

Hunter said at the teleconference that the insurance industry has moved increasingly to very complex algorithms that utilize all kinds of factors, which include nondriving characteristics, such as credit scores, income, and marital status. “They just look for correlations,” he said disapprovingly.

In the past, insurance rates were based on a hypothesis proposed and then would be tested with data that would be collected. Today, the analysis is reduced to finding correlations, and the insurers have told Hunter that they don’t know or care what they’re actually measuring.

“They just say, ‘We have a correlation here.’ I believe that is actuarially unsound and actuarial standards actually don’t allow that,” Hunter said, who was formerly Texas insurance commissioner.

“You don’t necessarily have to have full causation but there has to be some very strong, logical connection that people will see that it makes sense that someone who lost their husband is going to be a worse driver,” Hunter said, which he said the public would say makes no sense.

Brobeck warned that the correlations found in large datasets are likely “spurious,” and not causally related. “Even if there are correlations, we think that there needs to be causal relationship or it is simply not fair,” he said.

Lynch, speaking for the Insurance Information Institute, believes there is a better way to obtain fairness than everybody paying the same rate. “If fairness is that the customer pays rates that are commiserate with the risk they prevent, it’s extremely fair. That’s what companies are doing. They are trying to find rates to price people as accurately as they can.”

Consumer Federation of America is an association of more than 250 nonprofit organizations, established in 1968, which promotes consumer interests through research, advocacy, and education.