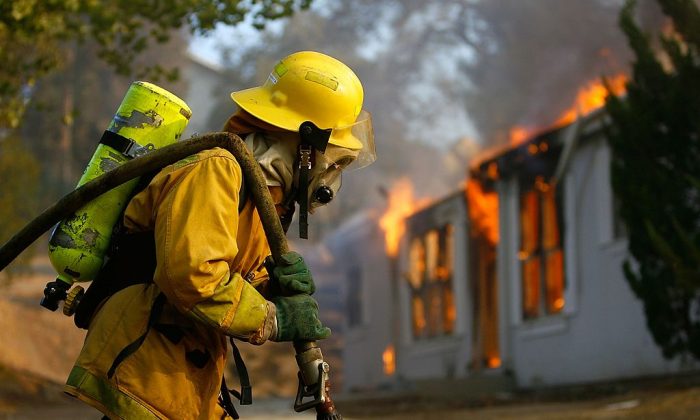 Protecting lives and property are two primary objectives for firefighters, but it certainly is no easy job. According to the National Fire Protection Association (NFPA), more than 160 firefighters died in the line of duty in 2013 and 2014.

But it turns out that one disease – cancer – claims many more lives of firefighters than any real-time danger they may face while on the job, according to a recent study by the National Institute for Occupational Safety and Health (NIOSH), a division of the Centers for Disease Control and Prevention.

“A combined population of 30,000 firefighters from three large cities had higher rates of several types of cancers, and of all cancers combined, than the U.S. population as a whole, researchers from the National Institute for Occupational Safety and Health (NIOSH) and colleagues found,” the organization said in a press release.

“The new findings are generally consistent with the results of several previous, smaller studies,” the release continued. “Because the new study had a larger study population followed for a longer period of time, the results strengthen the scientific evidence for a relation between firefighting and cancer, the researchers said.”

The findings were published in the peer-reviewed journal Occupational and Environmental Medicine (go here if you want to view the article behind a paywall).

Researchers studied cancer rates for 29,993 firefighters in San Francisco, Chicago and Philadelphia between 1950 and 2009. There were two major findings, according to NIOSH:

— “Cancers of the respiratory, digestive, and urinary systems accounted mostly for the higher rates of cancer seen in the study population. The higher rates suggest that firefighters are more likely to develop those cancers.”

In all, researchers found that more than two-thirds of firefighters – 68 percent – develop cancer, compared to about 22 percent for the general population, no matter the race or gender.

— The increase in cancer rate was due primarily to digestive, respiratory, oral and urinary cancers;

— About twice as many malignant mesothelioma cases – most probably due to asbestos exposure – occurred than was expected;

— Some cancers, like prostate and bladder cancers, were seen in higher-than-expected rates among younger firefighters.

Getting Official Recognition That Cancer Is a Job Hazard

Increasingly, states are recognizing that cancer is a job hazard and are passing legislation aimed at better assisting public sector employees like firefighters who have outsized exposure to carcinogenic materials. One of the most recent states to take up this cause is Ohio, where lawmakers are currently considering a bill that would make it easier for fire personnel to access benefits from the Ohio Bureau of Workers’ Compensation after they have been diagnosed with cancer. In recent days, the legislation cleared the Ohio Senate on a near-unanimous vote, Cleveland.com reported.

The NFPA notes that, based on 2014 figures, the next most-common causes of death for firefighters in the line of duty include the overextension/stress as a cause of injury (58 percent) and cardiac arrest/sudden death (56 percent) as the nature of injury.

“Deaths in road vehicle crashes, often the second most frequent cause of on-duty firefighter fatalities, continued low in 2014,” the organization noted, with seven reported incidents.