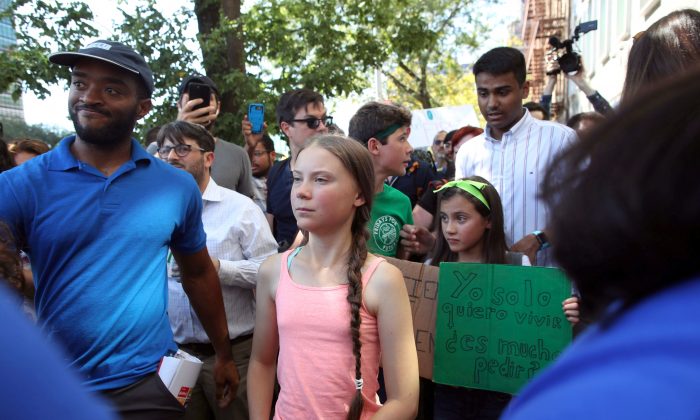 Students Should Not Be Encouraged to Skip School

To skip or not to skip? That is the question.

Whether ‘tis nobler for students to suffer the tests and assignments of regular class or to take up arms in the name of social justice and by skipping, thus to oppose injustice.

Okay, the question of whether students should skip class in the name of social justice may not be quite as existential as the one facing Shakespeare’s Hamlet, but it’s still important. For many young people, Greta Thunberg, the Swedish teenager who organized the school climate strike, is a hero worthy of emulation. A growing number of students around the world are following Thunberg’s example by walking out of class to raise concerns about climate change.

Earlier this year, thousands of students across Canada walked out of class to participate in rallies calling on politicians to take tougher action on climate change. Another student climate strike is planned for Sept. 27 in several major Canadian cities. Many students plan to skip class in order to participate in this strike. No doubt more of these student strikes will take place in the future.

Considering the strong correlation between regular school attendance and academic achievement, one might assume that educators would discourage students from skipping class. Unfortunately, not only do some educators have little problem with these protests, some of them actively encourage their students to forsake their education responsibilities.

For example, at its spring 2019 Representative Assembly, the British Columbia Teachers’ Federation (BCTF) passed the following resolution: “That the BCTF support the student Climate Strike on the next worldwide day of action that is organized to demand action on the climate emergency.” In an email sent to B.C. teachers earlier this month, the BCTF encouraged teachers to help students organize an event in their local communities and to “avoid scheduling tests or assignment due dates on the day of the climate strike.”

Even some school boards are lending tacit approval to this event. On its website, the Toronto District School Board states that while the student climate strike isn’t a TDSB-sanctioned event, teachers have been instructed to avoid scheduling tests or other assessments for that day. In other words, the TDSB wants to ensure that students who skip class that day don’t suffer any academic penalty.

However, there are a number of reasons why teachers’ unions and school boards should rethink their support for these student strikes. First, class time really does matter. There are a limited number of days in the school year and teachers need to make the best use of the time they have. Encouraging students to skip class sends the unfortunate message that attendance doesn’t really matter, when more sensible people know the opposite is true.

The fact is that no matter how passionate students might be about a social cause, it’s unlikely that most students know much about it; they are surely not experts. That’s because expertise needs to be developed through hard work and it usually takes a long time to master a skill. Skipping class to engage in protests, regardless of how worthy the issue seems to be, short-circuits the learning process. Holding up a sign at a protest might be more exciting than learning about the different cloud types in a geography class, but this doesn’t change the fact that knowledge acquisition remains an essential part of learning. Schools need to focus on educating students, not on facilitating protests.

Teachers should also keep in mind that student strikes impact all students, not just the ones who skip classes. That’s because teachers know that it is pointless to introduce new material when a significant number of students are absent. Simply put, the material would need to be retaught anyway. Thus, the students who choose not to protest end up just as shortchanged as the students who skip class. It gets even worse when teachers cancel classes to support protests. Now, neither the responsible nor the irresponsible students can attend class

There is a better way.

Instead of encouraging students to skip school, students should organize protests on the weekend when school isn’t in session. This would be a great way for students to show that they aren’t at the protest rallies just to miss class but are genuinely concerned about the issue. When large numbers of students give up income from their part-time jobs or sacrifice time with their friends in order to attend a protest rally, then we know they are serious.

When school is in session, students and teachers belong in classrooms, not at protest rallies.