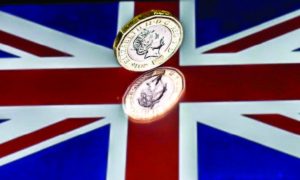 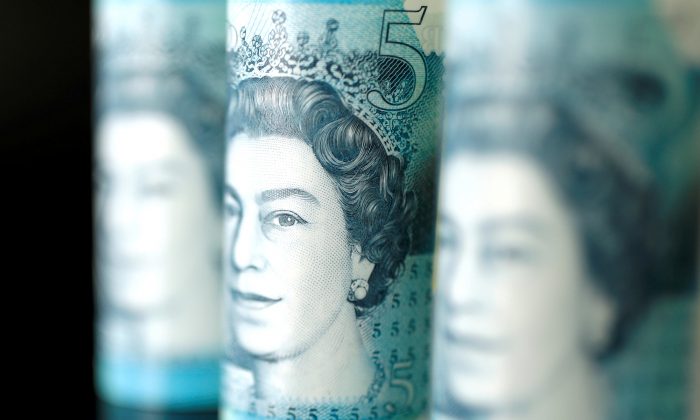 LONDON—The pound edged down from a seven-week high on Jan. 14, as investors prepared for a vote on British Prime Minister Theresa May’s Brexit deal that parliament is expected to vote down.

Sterling is taking its cue from Brexit but the future path of Britain’s departure from the European Union is deeply uncertain.

Possible outcomes include a last-minute deal, a disorderly exit, a new referendum or remaining in the bloc. Each could have radically different consequences for the currency’s outlook.

The pound has rallied recently on growing expectations that Britain will seek to delay its scheduled departure date from the European Union.

A key question for sterling is whether a voting down of May’s deal by parliament on Tuesday will mean Britain does not end up leaving the EU on March 29.

“After losing the vote on the Brexit deal, PM May will not immediately suggest an extension of Article 50 [which determines the exit date],” said ING’s chief EMEA FX and interest rate strategist, Petr Krpata.

“Instead we expect her to bring back an enhanced version of the Brexit deal to try and receive more assurances from the EU,” he added.

Against the euro the pound fell 0.3 percent to 89.52 pence. Sterling rose 1 percent versus the euro on Friday but that was largely due to weakness in the single currency after data showed that Italy was at risk of recession.

May will make a statement to parliament at 1530 GMT before lawmakers continue their debate on her Brexit deal, Sky News reported.

Despite the uncertainty, the risk that sterling will fall against the dollar is its lowest in more than four months, according to one-month risk reversals, a gauge of market positioning.

Expectations for sterling price swings have also diminished in the last few sessions.

Not all analysts are agreed that a delay to Britain’s Brexit date will benefit the UK.