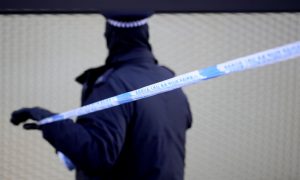 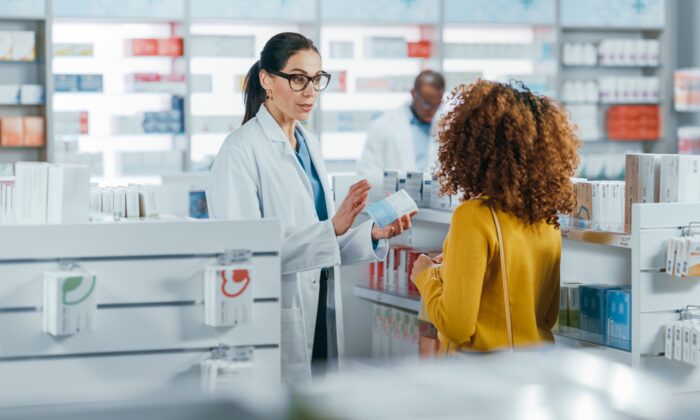 Your mind and inherent sense can help you find the flaws in some statistics. (Gorodenkoff/Shutterstock)
Mind & Body

We rely ever more on numbers to tell us how our world and medicine work, but these numbers can be misleading
By Peter Weiss
biggersmaller
Print

Medicine relies on statistics more than ever, but these numerical insights aren’t always useful to our health and well-being. Statistics can help us make healthy decisions but they should not be used as a day-to-day instruction manual.

The reason I bring this up, is that too often we see statistical, analytical, peer-reviewed articles cited and read as gospel truth. Mark Twain once wrote, “There are three types of lies—lies, damn lies, and statistics.” So what do we believe? I go back to common sense and a good pinch of skepticism. Your health and well-being may depend on it.

Back to the 12.9 percent lifetime risk of breast cancer. No one wants breast cancer. Yet, we have some women getting prophylactic (preventative) mastectomies to prevent the chance of getting breast cancer. In some cases, they are truly warranted but in others, it’s more a fear factor and response to some statistics. Dr. John Inodes of Stanford wrote a paper in PLOS Medicine, titled “Why Most Current Published Research Findings Are False,” which is considered foundational to the field of metascience, caused a tremendous stir and its implications have been discussed many times since. The author used a statistical model that indicated science is rife with false-positive results that can’t be replicated.

We tend to have confirmation bias even in science. Sometimes, a study is designed in a way that makes its findings all but inevitable, even if the author didn’t intend it.

Years back, I had a patient who was on hormone replacement therapy for quite a while. She felt wonderful and was living her life in menopause to its fullest. Then, a study came out stating that hormones can cause breast cancer and women should stop taking them immediately. My patient was scared to death. So she stopped, and her life became miserable with hot flashes, insomnia, and other symptoms. Other non-hormonal treatments didn’t work.

It took several years of this misery for her to realize what she needed to do. She went back on her hormone therapy, was closely watched, and returned to a more normal life. By the way, that study was faulty and misleading.

Everything in life has risks. That’s why we have a 100 percent lifetime risk of dying at some point. By the way, there is an increased risk of breast cancer from alcohol consumption as well, yet it’s nice to have an occasional glass of wine with dinner. Wine can also have some medical benefits.

I break down statistics into two categories. One is simple, hard truths, which really don’t need any study to confirm what we already know. You don’t need a scientific article to show you that riding a bicycle without a helmet can be dangerous, or wearing a seatbelt while driving is a good idea. This is just common sense. The other is teaching us something we don’t yet know. This would be a new treatment for cancer or heart disease. Things we learn over time. Still, we have to watch out for the faulty studies, which isn’t always easy to do.

Chris was 23 years old; her mother had died of ovarian cancer. Chris tested positive for a gene that would have put her at a higher risk for ovarian cancer and she was scared. We placed her on birth control pills, since studies have shown that long-term use can significantly lower the risk of getting ovarian cancer. This is great. However, she’s overweight, diabetic, and has mild high blood pressure. The pill has risks, too, such as blood clots, stroke, and heart attacks (rare). She is a smart woman and was able to decide what is best for her by using statistics to weigh the benefits and risks.

Statistics can be powerful and we have to be able to use them wisely. We have to be careful of those who manipulate data to find the result they want. There is also something called spurious connections or spurious statistics. It is well-known that Swedes have a higher incidence of frostbite than Floridians. Statistically, it would be true to say that if a Swede then moves to Florida, he or she, as a “Swede,” would still have a higher incidence of frostbite, even though we know that’s no longer true. A change in context can make a statistic true or false, independent of the variable once measured.

Gabby was 20 weeks pregnant when she had a very scary, high-level structural ultrasound with a perinatologist (high-risk pregnancy specialist). There was something wrong with the baby’s lung development. The risk of this kind of lung issue is about 1 in 25,000. Of those, about 10 percent can be life-threatening to the fetus. She ultimately delivered a healthy girl with no evidence of any lung abnormality.

Statistics are important but how they are expressed can be critical in actually determining specific patient care.

For instance, media reports on statistics often draw no distinction between relative risk and actual risk. These numbers become critically different with regard to drug efficacy and other issues.

For instance, you might hear that a new drug reduces heart attack risk by 50 percent. That’s the relative risk number. But the actual risk is that the drug reduced heart attacks to 1 in 100 from 2 in 100.

Use of relative risk has also been rampant when discussing COVID vaccines, for instance. We need to look at actual, and not relative, risks. There are many ways statistics can be manipulated for a desired end result.

We have to learn to read closely and question all those statistics we are given as facts. Our lives may depend on it. Not everything we see on the internet is true.

A well-known quote, author unknown, describes statistics as “the only science that enables different experts using the same figures to draw different conclusions.”

Dr. Peter Weiss has been a frequent guest on local and national TV, newspapers, and radio. He was an assistant clinical professor of OB/GYN at the David Geffen School of Medicine at UCLA for 30 years, stepping down so he could provide his clinical services to those in need when the COVID pandemic hit. He was also a national health care adviser for Sen. John McCain’s 2008 presidential campaign.