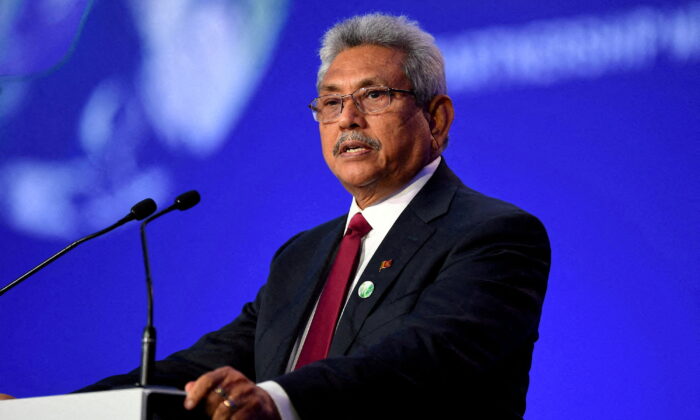 Sri Lanka’s former president, Gotabaya Rajapaksa, who fled the country in July after tens of thousands of protesters stormed his home and office in a display of anger over the country’s economic crisis, has returned to the country after seven weeks.

On being welcomed by his party lawmakers Rajapaksa left the airport in a motorcade heavily guarded by armed soldiers.

On July 13, the ousted leader, his wife and two bodyguards left aboard an air force plane for the Maldives, before travelling to Singapore from where he officially resigned. He flew to Thailand two weeks later.

Rajapaksa has no court case or arrest warrant pending against him—the only court case he was facing for alleged corruption during his time as the secretary to the ministry of defence under his older brother’s presidency was withdrawn when he was elected as president in 2019 because of a constitutional immunity.

For months, Sri Lanka has been in the grips of its worst economic crisis, which triggered extraordinary protests and unprecedented public rage that ultimately forced Rajapaksa and his brother, the former prime minister, to step down.

The situation in the bankrupt country was made worse by global factors like the pandemic and Russia’s invasion of Ukraine, but many hold the once-powerful Rajapaksa family as responsible for severely mismanaging the economy and tipping it into crisis.

Rajapaksa, a former military officer, was elected on promises to uplift the country’s economy and ensure national security after ISIS-inspired bomb attacks killed some 270 people in churches and hotels on Easter Sunday 2019.

In April, protesters started camping outside the president’s office in the heart of Colombo and chanted “Gota, go home,” a demand for Rajapaksa to quit, which quickly became the rallying cry of the movement.

The demonstrations dismantled the Rajapaksa family’s grip on politics.

But the country’s new president, President Ranil Wickremesinghe, has since cracked down on protests.